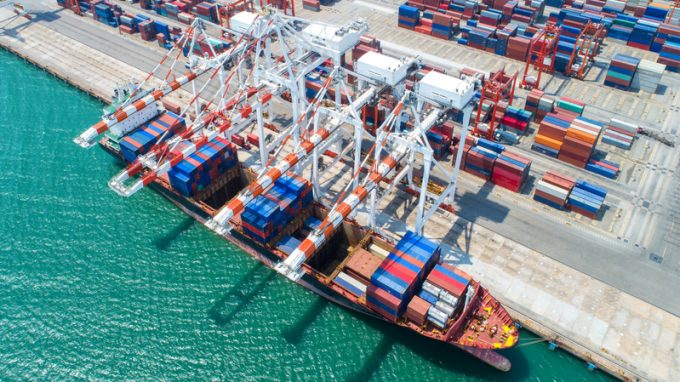 The outlook for container shipping has deteriorated further in the past three months, resulting in another full-year growth downgrade by Drewry.

This is especially unwelcome news for carriers which, over the next few quarters, face a fight for survival in the face of a steep jump in operating costs as a consequence of the IMO’s 0.5% sulphur cap on marine fuel that will become law on 1 January next year.

The consultant said it now expected global port throughput to rise by just 2.6% this year – its previous prediction was 3%, in turn an adjustment on its original 3.9%.

“The weight of risks pressing down on the container market seems to be getting heavier by the day,” said Simon Heaney, senior manager, container research, at Drewry and editor of the Container Forecaster.

“The situation has been exacerbated by a brace of new problems that cloak the market in further layers of concern and uncertainty,” said Mr Heaney.

He added that although port statistics for the H1 period “were reasonably strong, and consumer demand had been fairly resilient”, some key indicators had “taken a sharp decline”, which had influenced the consultancy’s thinking.

In July, the IMF slashed its forecast for world trade growth for goods and services by nine percentage points, to 2.5%, warning that global growth remained “subdued”, citing the fallout from the US/China trade war, rising geopolitical tensions and uncertainty over energy prices.

And with a financially disappointing first half for the industry, followed by a soft peak season acting as a drag on freight rates, thus hobbling the results of ocean carriers, the analyst has flagged up the impact of IMO 2020 as the new “major risk” for container lines.

Drewry’s current estimate is that containership operators will be faced with an additional $11bn fuel bill related to the transition to low-sulphur fuel, and moreover, some of that expense will be incurred in the final quarter of this year in the switch–over in vessel tanks to LSFO (low-sulphur fuel oil).

Nevertheless, Drewry said its “working assumption” was still that carriers would have more success in recovering the extra costs associated with IMO 2020 than  they had from fuel surcharges in the past.

Carriers have failed to get compensation for previous big spikes in bunker prices or for the higher cost of ultra-low-sulphur fuel in the SECA (sulphur emission control) regions of Europe and the US.

But this time around the stakes are far higher, with Drewry warning that some lines may need to take drastic action to avoid bankruptcy.

“In that scenario, carriers will try to protect cash flows by restricting capacity as best they can through a combination of measures, including further slow-steaming, more blank sailings and off-hiring of chartered vessels,” said Mr Heaney.

But, in a more positive conclusion, he said most shippers “accepted that they had to pay more” for cleaner shipping, leaving the onus on carriers to justify the surcharges “with a credible and trusted mechanism”.