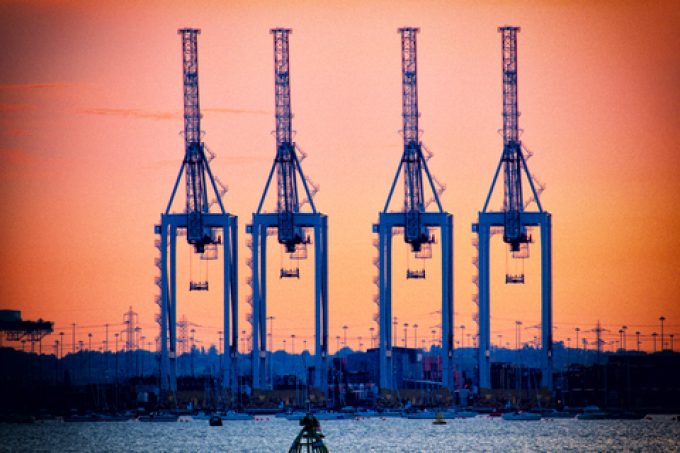 “All but essential” expansion plans and capital spending have been put on hold by container terminal operators that have seen volumes and share prices slashed this year, and a resulting hit to their balance sheets.

“Stock markets have plummeted, seaborne trade has dropped like a stone and the world economy is heading for deep recession,” said Drewry’s senior analyst ports and terminals, Eleanor Hadland.

“The first quarter saw world port handling drop around 4% year on year, but the real pain will be seen in the second-quarter figures.”

The economic aftermath of lockdowns in the US and Europe are yet to be fully realised, but Drewry estimates global port volumes will fall 9% over the rest of the year, and 2021’s forecast is currently ranging from a 13% fall to minus 6%, a spread based on various GDP forecasts.

“Container lines are taking drastic measures to mitigate the impact with blanked sailings and service suspensions, reducing capacity to maintain rates,” said Ms Hadland. “The port sector, in contrast, is unable to address the volume and revenue shock, therefore we will see a stronger focus on costs.”

For example, she said, terminal operators can’t easily change pricing since shipping lines have annual contracts, which they’re very unlikely to negotiate upwards in a recession. So they’re seeing a major revenue hit.

“However, they generally have very strong ebitda margins, which do give them a degree of protection. Nevertheless, we expect all but essential capital expenditure to be reined in and expansion plans are likely to be delayed until there’s greater certainty about demand.”

This could have potential supply chain implications, she added, given the continued escalation of ship sizes and vessel cascading. For example, according to Drewry, ship sizes have increased on all the east-west trades to the extent that ultra-large container vessels are now deployed on all the main deepsea trades.

And, while new port investments look to be slowing down, Ms Hadland predicts that medium-term supply chain diversification from China is likely to spur port investment across South-east Asia.

“The exception is DP World, which is up 22% due to the planned delisting,” Ms Hadland explained, adding that a privatisation rumour had seen CMPorts’ share price surge 22% in April.

“But, with neither CMPort or its majority shareholder confirming the rumour, the share price fell back,” she said.

“This led Drewry to question whether the current fall in equity prices would drive further privatisation of publicly listed subsidiaries – delisting can often bring higher operating flexibility, but it can also often limit the access to capital.”