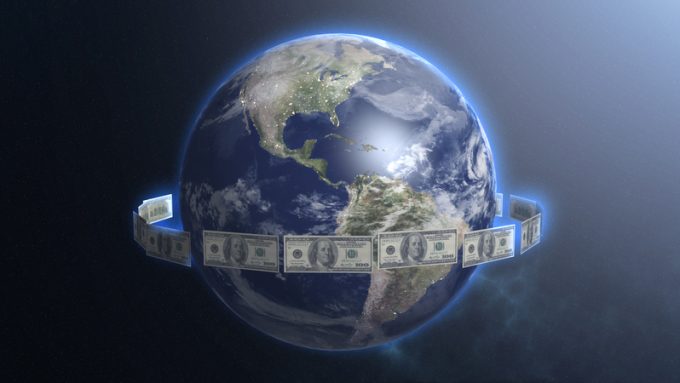 Global trade has decelerated again, but only “perceptively”, according to the latest DHL Global Trade Barometer (GTB).

It dropped one point from June and is now at 47 in its index, below the level of no-growth, 50.

“Air trade growth in South Korea, the US, India and Japan is also forecast to decline. The prospects for German and UK air trade are modestly positive,” it said.

Japan (index 55) and UK (index 53) are the only countries with a modest growth outlook in ocean trade, it added. China, Germany, the US and South Korea are all below 50 points, “indicating a negative ocean trade growth within the next three months”.

Overall, of the countries surveyed, Japan and the UK were the only ones with modestly positive outlooks. But Tim Scharwath, chief executive of DHL Global Forwarding, Freight, had an upbeat spin on the news.

“Against this backdrop, global trade continues to develop surprisingly well. Although the DHL Global Trade Barometer has further decreased … world trade is still closer to staying at its high level.

“This strengthens our conviction that globalisation will go on and that logistics will remain its key enabler in the future.”

“China-US trade tensions have ratcheted up to higher levels, and are already affecting global supply chains as businesses adjust to the new reality that both sides are digging in for a long trade war.

“Rising trade tensions in other parts of the world, including between Japan and Korea, and the looming prospect of a messy Brexit, are likely to have an increasingly disruptive effect on world trade volumes. The level of uncertainty about macroeconomic growth prospects has driven down business investment around the world, with adverse effects on cross-border trade of machinery and equipment.

“Household consumption has remained strong in most major economies but the stagnation of trade in consumer durables, reflected in the GTB component indexes, portends weakening in this key driver of GDP growth. Overall, this GTB update confirms the slowdown in global growth and heightens concerns about growth stagnation in the coming months.”

You can find more details here. 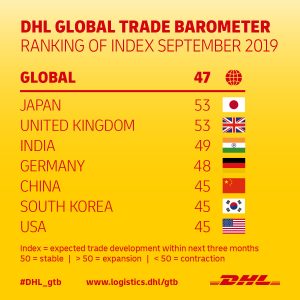 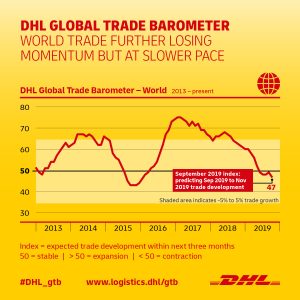