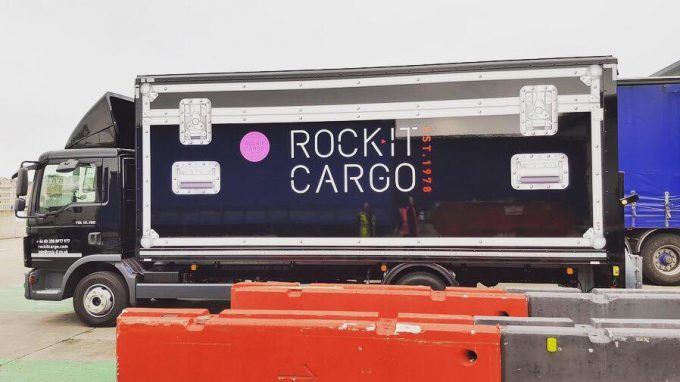 Few companies in the logistics space were walloped as hard by the pandemic as Rock-it Cargo.

The California-based company has built up a reputation as the largest mover of equipment for events, the logistics behind world tours of high-profile acts like The Rolling Stones and Taylor Swift.

But Covid-19 put an abrupt stop to this business, dealing a crippling blow to live events, where the sport segment had grown rapidly in recent years for Rock-it.

One area less impacted was Rock-it’s fine arts logistics work with auction houses, which kept going, albeit at diminished volume, said CEO Paul Martins, and with the recent easing of Covid restrictions, the action has begun to pick up again.

“We’re starting to get a sense of normalcy back in the US, seeing sports events attracting larger crowds,” he said. “We have started shipping for the [delayed Tokyo] Olympics and for the European PGA tennis.”

Except for some domestic events, live entertainment will take longer to make a comeback and Mr Martins expects to see that get into gear in the fourth quarter. Tours often involve multiple countries, so travel bans, quarantine requirements and local restrictions make this a complicated slalom at this point.

And some of the routine elements of the logistics services behind these events are barely back in action. Onboard-courier has always been an important element to cover last-minute needs and emergencies, but current quarantine requirements, restrictions and the significantly elevated cost severely curtail it, he explained.

“The biggest challenge is just lift,” he said. “I’ve never seen the supply chain so stressed.”

The reduced available capacity and the high cost of airfreight are major hurdles, something that he does not expect to change before the end of the year. What complicates the matter further is the extent of supply chain disruption at many international gateways.

For touring acts, this multiplies the danger of delays that could jeopardise a performance. Equipment and materials not only have to reach the venue in time to be built up, but they also have to be broken down and loaded onto the flight to the next stop on the tour each time.

Mr Martins hopes these challenges will be significantly reduced next year, as many performers aim to go back on tour then: “We’re having discussions with a lot of touring groups about 2022,” he said.

There has been a trend to make stage events more elaborate and glamorous, so the amount of gear to be shipped has increased considerably, and Mr Martins reckons this will continue.

“Next year, for example, The Rolling Stones will celebrate their 60th anniversary and I don’t believe they’ll do it in a small way.”

One question mark hanging over all this is the possibility of a new wave of the pandemic.

“I think that will always be a concern going forward,” he said, but Mr Martins is encouraged by the fact that recent crowd events like the PGA Championship and the Superbowl did not lead to spikes in infections.

“The Olympics in Japan are still a big concern,” he said. “All we can do is work with our customers on planning for this.”

Meanwhile, there are new pastures to develop: Rock-it has used the down time from the pandemic to examine the viability of spreading into other verticals. Essentially, anything that requires mission-critical logistics with a high demand for high-touch, bespoke solutions, would be suitable, Mr Martins said.

Rock-it has handled PPE shipments and moved into the energy sector, mostly renewables, and film and personal entertainment and the aerospace industry offer interesting opportunities, he said.

The company has moved to establish a charter division, which was a logical step: “We normally do upwards of 300 widebody freighters,” Mr Martins noted.

In 2019, Rock-it acquired a stake in Triple M Entertainment Logistics, another logistics provider to live event shippers, based in Antwerp, which led to an expansion of Triple M, which has since opened offices in Amsterdam. And Mr Martins plans further expansion in Europe.

“We’ll make investments in partners in a couple of countries,” he said.

Covid, not Brexit, appears to be the biggest burden for UK art exporters as they ...

Rock-it Cargo and Sound Moves merge: 'let's get this show on the road'

Rock-it Cargo and Sound Moves, forwarders specialising in live events and music tours, are to ...

US freight forwarding group Rock-it Cargo, which specialises in providing logistics to the entertainment and ...

Major venues for trade shows and exhibitions are increasingly turning to 3PLs to help them ...