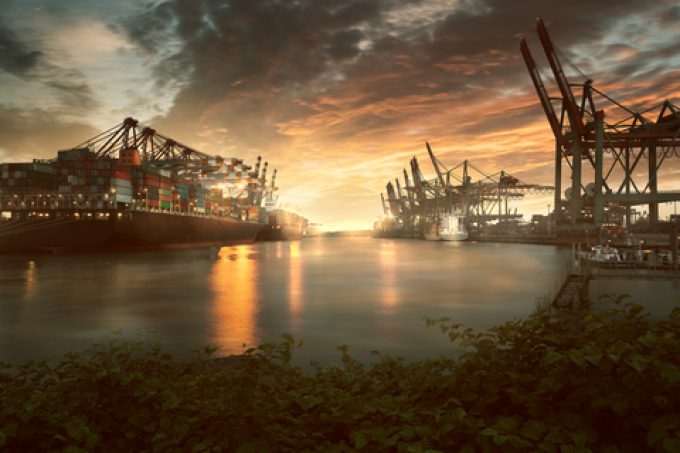 Dockers walked out of German ports at six o’clock this morning at the start of a 48-hour strike that will paralyse the import and export trade of Europe’s largest economy.

Last minute talks between the employers, the Central Association of German Seaport Companies (ZDS) and the trade union ver.di, representing 12,000 port workers, were suspended yesterday evening with no agreement in sight.

The third ‘warning strike’ is the longest so far and will further aggravate port congestion at Hamburg’s container terminals where yard density already stands at an unproductive level of 90%.

Moreover, ships idled in the German bight are stacking up with berthing delays, even before the stoppage, extending to up to 14 days.

ZDS’s chief negotiator Ulrike Riedel called the latest stoppage “irresponsible” arguing that a two-day strike “can no longer be called a warning strike”.

Ms Riedel warned that the industrial action “damaged the international reputation and competitiveness of our ports” and “endangers the existence of many companies”.

“Today’s attempt to reach a solution at the negotiating table has also failed despite various proposals from our side due to the uncompromising attitude of ver.di,” she claimed.

“In view of the great importance that seaports have for the supply of consumers and the economy, I urge ver.di to finally agree to a conciliation so that we can come to a solution,” said Ms Riedel.

In response, ver.di’s chief negotiator, Maya Schwiegershausen-Güth, emphasised the demands for “a real wage increase” for its members, however she maintained that it was “still ready to find a negotiated settlement”.

She said that “against the background of the uncertain economic development” the current offer was “still insufficient”.

“It distributes the risk of price developments unilaterally on the shoulders of the employees, especially in the second year,” she said.

Meanwhile, ocean carriers are looking at their options and depending on the stowage of their ships are amending the rotations of their fleets in order to defer calls at Hamburg, Bremerhaven and Wilhelmshaven.

Where they can, carriers may overland some German cargo at Gdansk, Zeebrugge or Felixstowe (where congestion has eased significantly) for a later relay operation, but Rotterdam and Antwerp terminals are already heavily congested and would likely refuse to allow discharge of German import containers for transhipment.

A carrier contact The Loadstar spoke to yesterday said his line and alliance were adopting a “wait and see” strategy on the strike admitting, “we don’t have too many other options”.

And Maersk seems to be of the same opinion, saying that it had “decided to observe a full stoppage for rail, road and ocean freight for both import and export across our German terminals for the duration of the planned strike”.

“We have evaluated all impacted vessels and have no plans to omit ports or stop operations,” said the Maersk advisory.

Nevertheless, increased berthing delays and slow-ship working on severely congested quays, will result in carriers announcing a high number of blanked sailings from Asia in August and September with shippers suffering serious delays to their supply chains.