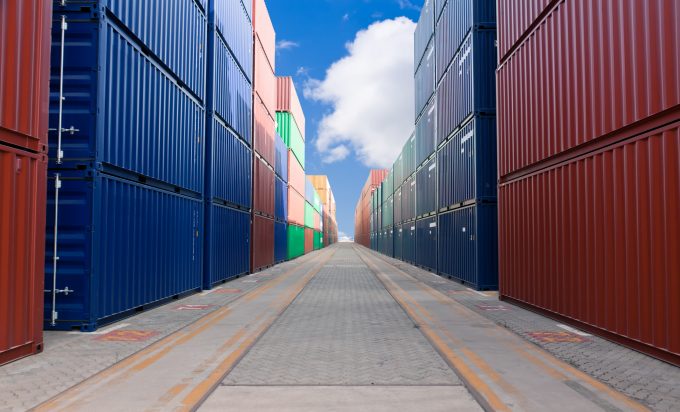 Container spot rates from Asia to the US, and Asia to Europe were given a lift this week ahead of August GRI and FAK increases.

The increase was most notable on the transpacific where the Shanghai Containerized Freight Index (SCFI) components for the US west coast and the US east coast leapt 37.6% and 20.2% respectively, to $1,687 and $2,685 per 40ft.

Spot rates between Asia and North European and Mediterranean ports enjoyed more modest increases, with the full impact of $250 per teu FAK hikes not being felt so far.

Anecdotal reports coming in to The Loadstar suggest that carriers plying both tradelanes are operating an unofficial two-tier system of “premium-paying” containers that get shipped, and “those not paying enough”, which often get rolled.

One Asia-Europe NVOCC told The Loadstar some of its peers were still offering “low-cost options” to clients to secure business, but many customers were then suffering delays and spilt shipments.

He added that as the industry heads into the peak season weeks, container shortages were also becoming a risk factor on both routes, especially for shippers with low-paying cargo.

Meanwhile, Drewry this week predicted an average 16% rate increase across all routes this year, “with more increases to come” and “much higher contract rates on some routes”.

Specifically, the consultant said, according to its Benchmarking Club data, contract rates between Asia and Europe were, on average, 19% higher in the second quarter of this year than in the same period of 2016. Drewry noted that within the data “some rates have doubled”.

Indeed, the tide seems to have turned for ocean carriers after a turbulent few years that resulted in the bankruptcy of Hanjin Shipping and mass consolidation.

Speaking during a webinar presentation this week, Drewry director Philip Damas said he expected the industry to end the year in the black, cumulatively achieving around $5bn of profit.

This anticipated improved liner profitability appears to be supported by OOCL’s operating results for Q2 and the half-year, which were released today.

For the half-year, the average freight rate was $839 per teu against the $778 per teu earned the previous year.

However, the overall result for OOCL was dragged down by its major trading sector, intra-Asia/Australasia, which accounts for some 45% of its business and recorded a 2.3% increase in revenue from 5.2% less containers in the half-year.

Although the sector represents only approximately 18% of the line’s total carryings, the improvement in the return on this route is a strong indicator of better results to follow from its peers with a bigger market exposure.