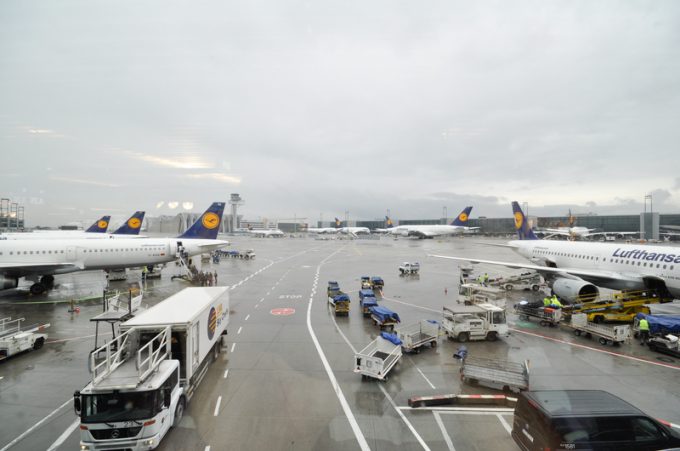 Frankfurt Cargo Services (FCS) has hit back over accusations it is trying to implement an unfair fee which penalises smaller businesses.

Last month, the handler, 51% owned by WFS and 49% by Fraport, attempted to introduce a fee €0.03 per kg if its staff were required to unload shipments destined for the fright terminal from trucks.

The charge only applied to loose packages, while built-up pallets or large consignments continued to be free.

The move sparked anger from smaller businesses – an outcry which has led FCS to postpone the fee until August.

But a spokesperson for WFS told The Loadstar the fee would be a “legitimate” charge.

“The unloading of freight has a risk (liability), which needs to be covered by someone. Most airlines recognise this as a legitimate charge, but the issue remains whose charge is it and why? The charge is today applied at Frankfurt by other handlers.”

She added that it had been under review by FCS several times previously – and that the fee was not mandatory.

“We see a majority of truck drivers who unload by themselves. An analysis conducted in January 2019 even showed that only 14% of all export freight would have been subject to a charge.

“FCS offers unloading equipment at reasonable charges to give alternatives to the truck drivers.”

One of the difficulties is how the fee is applied, she said. While the trucking companies are the ones to pay the charge, the “company contracting the truck transport (a forwarding agent) may give the work order as well – but this goes back to the different interpretations of the charge, and how it is applied, which is why we postponed it”.

The delay, added WFS, would “give all parties more time to discuss further and seek alternative solutions”.

It said: “Clearly, we are all part of the air cargo community at Frankfurt and we wish to strengthen the business here. We are looking for close communication with our partners, including Fraport, as the airport operator, and the community.

Air cargo handlers have had a tough time recently, and airlines appear to be shuffling ...

Fraport: 'we will exhaust all other possibilities', but some jobs will be lost

3,000 jobs may go as Fraport is hit by 'worst crisis in the history of aviation'