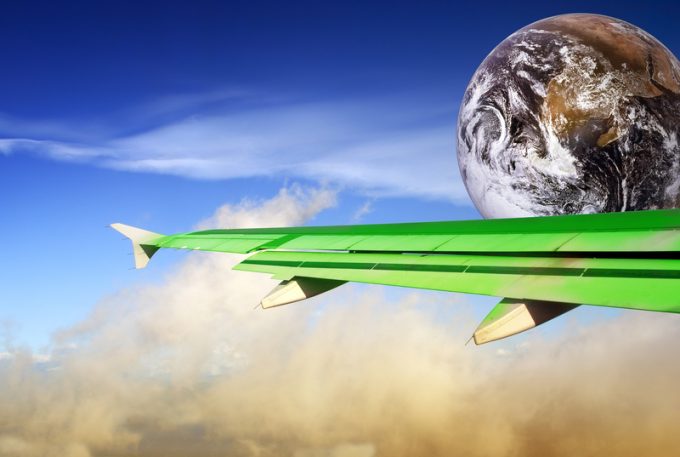 As the debate begins over the European Commission’s Fit for 55 proposals for aviation, forwarders have called for an international standard on offsetting indirect, or Scope 3, emissions.

Yesterday, the EC announced its package of proposals to reduce net greenhouse gas emissions by at least 55% by 2030, compared with 1990 levels.

Alongside a proposal to phase out free emissions allowances for aviation, and align with the global Carbon Offsetting and Reduction Scheme for International Aviation (CORSIA), there is also a mandate to increase the production and use of SAF.

CORSIA, an offsetting scheme, is voluntary for carriers until 2027, but shippers and forwarders are asking for a level playing field. As forwarders and airlines begin to offer measuring and offsetting schemes per shipment, there has been a call for a standard for companies.

Metro Shipping, which launched its offsetting and measuring scheme this month, said it was hard for customers to choose the level at which they offset, as it is voluntary.

“We are unsure of the level to which companies will commit, and there is no legislation as yet. If you look at the momentum, there is a groundswell of activity in every sector,” said Claus Rasmussen, director of information systems.

“It feels inevitable that there will be some sort of international response.

“When you start to use standards, and agreed methods, it seems ripe for some kind of tax. It would make it easier for everyone involved if there was a uniform approach.

“It is much harder to go by what you think is right, especially if it puts you at a competitive disadvantage. And then, it would be sustainable at a global level.”

While offsetting remains voluntary, the EC’s move to promote SAF will be welcomed by some companies.

Under the proposals, from 2025, carriers must use 2% SAF, rising to 5% in 2030, and 63% by 2050. Fuel suppliers must provide SAF-blended jet fuel at EU airports, and all airlines departing EU airports must use the SAF-blended fuel.

Kuehne + Nagel said that some 97% of its indirect emissions stem from air freight, and it is keen to invest in SAF as the key part of its emissions strategy.

“In the end, we need governments stepping in to put policies in place for production methods,” said Marcel Fujike, KN’s global head product & developments air logistics. “SAF is the future but it requires things like used cooking oil, which competes with other modes.”

“SAF is the most important, but whatever levels of emissions are left, must be offset. Offsetting will play an important role in the next 10 years.”

The EC noted that current demand for SAF was “very limited”.

“While generally airlines show increasing interest to use SAF in the future, actual projects and partnerships remain an exception. Many airline groups are still not engaging in concrete partnerships or contracts to boost their SAF use in the future, because in the current conditions the business case is rarely perceived as economically attractive.

“This is particularly the case in a market where the price gap between conventional fossil jet fuel and SAF is significant. As a result, demand for SAF as an alternative to fossil jet fuel remains very low. In fact, as airlines are sensitive to the market price of jet fuel due to the global competition, this can lead to fuel tankering practices, whereby airlines choose to uplift more jet fuel than necessary at airports where prices are low.

“Such practices could lead to additional emissions. Such practices are detrimental to healthy competition on the aviation market as they can put some airlines and airports at competitive disadvantage with others.

The debate over Fit for 55 could last some time. A spokesperson for the EC explained there is no definite timeline for the proposals to become law.

“The commission put forward legislative proposals yesterday, these will now be discussed, amended and finally adopted by the European co-legislators (the European Parliament and Council). This process can take serval months or even years. The legislation will only enter into force once the texts have been adopted.”