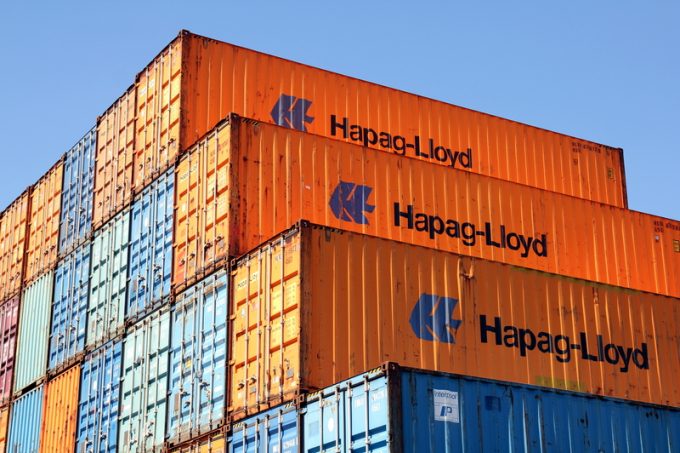 The US Federal Maritime Commission’s investigation into carrier detention & demurrage (D&D) charges could be supercharged following a complaint by specialist drayage firm Orange Avenue Express (OAE), in what could become an industry test case.

Lori Fellmer, second vice-chairman of the National Industrial Transportation League (NITL) and VP of logistics and carrier management at shipper BassTech International, told The Loadstar she had never seen a case like this and it could set a precedent for the industry.

“Previous instances of this problem have been dealt with individually between the parties, with varying – and I would venture low – degrees of success, because carriers do not accept responsibility for these costs,” explained Ms Fellmer.

In this case, haulier OAE collects reefer containers from the ports of Los Angeles and Long Beach on behalf of Hapag-Lloyd and deposits them at its Long Beach facility, shared with a Three Harbors Services (THS) equipment depot. As the import containers are generally overweight, OAE is required to use specialist triple-axle chassis to collect the boxes.

On arrival at OAE’s depot, the containers are broken down and cargo re-stuffed into standard boxes for delivery. Empty equipment belonging to the German carrier is returned to a terminal drop-off point, normally within the two-day free time allowed.

However, in the FMC docket outlining the complaint, OAE alleges it was charged up to $400 a day for late-returned reefer boxes, amounting to $258,000 by the time OAE filed its complaint on 8 December.

However, with the situation fluid, the D&D charges levied by the line will still be increasing. The number of Hapag-Lloyd reefers stored at the yard was 17 on 8 December, but that is a fluctuating figure.

OAE claims the D&D charges it accrued were avoidable, conditions imposed by Hapag-Lloyd prevented the delivery of empty containers within the free-time period.

Drayage firms are required to make appointments with terminals to deliver empties and, in some cases, are required to pick up an import box at the same time, known as a dual transaction. However, OAE faced a number of restrictions including:

Further allegations in the complaint from OAE are that Hapag-Lloyd converted OAE into “a de-facto storage facility for its empty containers”, forcing OAE to unload empties from chassis in order to use this equipment for its business, and forcing OAE to pay a neighbouring company to unload and store containers.

“Hapag would charge detention in an unreasonable, arbitrary and capricious manner,” added OAE.

“Because there was no indication by Hapag on when the empties were going to be accepted, OAE was forced to seek the assistance of THS to remove all Hapag reefer containers from the specialised chassis and stack the empty Hapag containers in the yard. At one point, OAE had approximately 70 awaiting return authorisation and availability,” it claims.

This caused extra costs for the haulier, which is also claiming damages.

In a move that calls into question the reasoning behind the D&D charges, which the FMC says encourage velocity of cargo through ports, OAE contends: “Hapag’s refusal to accept empties ultimately required OAE to decline to pull subsequent full Hapag loads, thus further decelerating cargo fluidity.”

In Ms Fellmer’s view, OAE’s complaint will result in a technical legal decision on whether damages are payable for the disruption to its business, and she “applauds” its claim for damages for storage, handling, moving and redelivery charges.

“These are direct costs that regularly result as a consequence of obstacles to operations that can, and should, be prevented or resolved by the ocean carrier or its agents, the terminal operators,” she believes.

According to Ms Fellmer, there has been “scope creep” over a number of years that means “small inconvenient practices brought about new costs that were simply passed through”. She added that, in the past, cargo owners simply paid up.

But she added: “Some cargo owners pushed back to the party causing the circumstance that led to the cost, I have done also through the years, but it is rarely successful, and the effort was not worth the incremental cost.

“And cargo owners also do not typically feel it is fair (or good business) to force the trucker to bear the expense. But, as practices have become more egregious and widespread by the ocean carriers and their agents, and as the resultant costs have grown in value and volume, it is time to just say no,” said Ms Fellmer.

“In my view, it is perfect that this complaint is coming from the trucker (and not the cargo owner), because it is the one being aggrieved by the practices.  It is also in line with the understanding of equipment interchange agreements, as per UIAA [Uniform Intermodal Interchange and Facilities Access Agreement in which both parties participate] which, correctly, in my view, makes the trucker responsible.

“Put simply, if I make a trucker wait at my facility to load or unload, or if I turn a trucker away and ask them to come back later, I fully expect to get a bill for those actions. How is it possible that ocean carriers effectively do this as a matter of course – perhaps in the past this was more incidental – and do not expect to get a bill?”