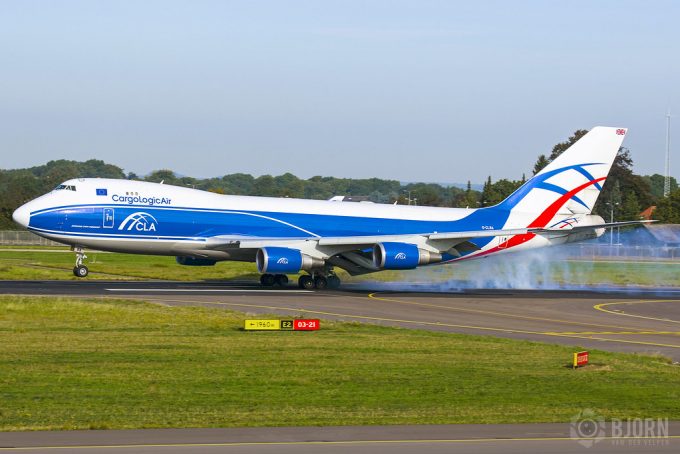 Cargologicair (CLA) looks “very likely” to add a 777 freighter to its fleet by the end of what has been “a fascinating year” for the UK’s only freighter operator.

The carrier has gone from being near-broke to buoyant in just a couple of months, its new chief executive, Nadeem Sultan, told The Loadstar.

He joined the carrier from AirBridgeCargo in January as chief operating officer, after a shake-up of the management team.

“In the second half of 2019, air cargo was a challenge; profitability and yields were tight and there was a lot of financial pressure,” he said. “We made the decision to reduce the fleet from four to two.

“In January, we had just reduced the fleet, were re-drawing our strategy for two freighters and were going to focus primarily on China. But in February, Covid hit and we felt the impact.

The carrier needed further restructuring and instead of managing it while flying, CLA asked for a temporary suspension of its AOC at the end of February.

“We had to say farewell to colleagues and crews, and restructured the head office. We had to focus on factors that were in the control of CLA, to ensure we are competitive and efficient, regardless of the market.

“With two aircraft, we had to create a cost base that would be competitive and sustainable in the long term, which was achieved by mid-April.”

By then, the PPE rush was in full swing and rates had soared – in some cases to 20 times higher than normal, or $150,000 per block hour. Demand was very high, and CLA had two aircraft on the ground.

“As Covid got more serious and, as the only maindeck freighter operator in the UK, there were calls for urgent assistance and maindeck capacity, CLA sped up its relaunch plans,” said Mr Sultan. “Considerable changes were made internally”, and the carrier was certified by the CAA to restart operations.

“Since then it’s been very busy. It went from doom and gloom in a 180-degree turn. There was a lot of demand, and high-yield business – and we now have a very competitive cost base too.”

From mid-April to the end of June, the shipments were exclusively PPE into the UK, Canada and Italy. Rates were very high, with carriers charging between $900,000 to $1.2m for a charter from China to Europe. And the sudden rush of cash was very welcome.

“To a degree, the last three months have allowed CLA to clear all outstanding debt and have a buffer in place for the foreseeable future. We are fully aware that it’s a cyclical business, and there will be a soft patch.”

And, while the first half of June remained strong, in the second half everything changed, said Mr Sultan.

“All the market dynamics changed. In the past two to three weeks, the market has switched, PPE has gone and it’s normal commercial goods now.”

“It’s been a rollercoaster. There is a realignment of the market to more normal rates, and that looks like it will continue. The market is now significantly softer, but it’s 100% better than last summer,” said Mr Sultan.

CLA is now operating “big tradelanes” between Asia and Europe, and commercial routes to the US, he added.

The rates have put CLA in a stronger position and the future appears to envisage a bigger – and mixed – fleet.

“We are now in a position where we are considering fleet expansion and renewal, while we remain focused on the economics. One decision we are assessing is to induct an extra freighter in 2020, and whether that should be another 747 or a 777F, which would provide us a modern platform to build on.”

Volga-Dnepr Group, which has the same shareholder as CLA, (although the latter makes a point of being independent and does not consider itself part of the group), is thought to have orders for both 747s and 777s. A recent court fight with Boeing has muddied the waters over what orders remain, but it seems likely that whatever aircraft CLA adds to its fleet would come from the group’s orderbook. And the 777 is tempting, said Mr Sultan.

“The 777F has significantly lowered operating costs and emissions, so that makes the economics very good. The 747F’s range at max payload is shorter than the 777F. So, based on our geographical location, with a 777F we would still be able to fly max payload and operate non-stop flights between Asia and the UK, and UK and South America.”

He added that some “additional developments” had made it “very likely” that CLA would be able to induct a 777F this year.

And while the second half of the year is clouded in uncertainty, CLA is likely to remain a charter operator rather than scheduled player, he said.

“CLA has had a small fleet and it is challenging to do both charter and scheduled services – they are two very different products. We had to make a change, as we are not going to do normal runs between Hong Kong and London, we are looking at more specialised, specific demand on certain tradelanes.

“We have a clear capacity deployment strategy, with a focus on ad hoc and short-term, medium-term – up to three-month programmes – and year-round flying. The key is getting the mix right, remaining flexible, with capacity available for ad hoc opportunities when they arise.”

Mr Sultan said he was watching the economy closely, noting that much would depend on the influx – or not – of passenger aircraft, while GDP and consumer confidence would also be key.

“With GDP expected to be 5%-10% lower, what does that mean for consumer confidence and spending? These are the two things we are monitoring to see what the market will do. If passenger capacity comes back, it could be a challenge, but so many widebodies are parked and you don’t do that for the short term.

“We don’t expect normality for 18 to 24 months, there will be a continuous deficit in the lower deck. If the economy doesn’t slow down – and consumer confidence and employment stay stable – that will help.”

The other, potential advantage for CLA is Brexit, which comes into full effect in January, although the market – and government – are still unclear on what it will actually mean.

“The UK is still a very large economic power, with a high-grade export market, and there will always be a need for aircraft for that. But lots of cargo was trucked to the mainland and there was a lot of lower deck out of the UK. But if Brexit negotiations mean there will be some barriers, I expect a shift where forwarders and shippers rely on direct air freight into the UK.”

He said carriers were having regular meetings with Whitehall on the shape of the post-Brexit environment, but the political positions which helped trigger Brexit are also something to be concerned about, added Mr Sultan.

“One of the things that is worrying, and disappointing, is the sense of depression, the losses and layoffs – and protectionism is creeping up again. In the past, it was easy to get permits and flights, but there are far more questions these days, which we really don’t need. We want an open, transparent, global marketplace.”

There may be other opportunities for CLA: with British Airways and Virgin Atlantic offering cargo services, but without freighters (or passengers), they could struggle to keep cargo networks going.

“We think we may have discussions with a number of airlines in the coming months. They have been struggling with lay-offs and are pre-occupied with other matters. But they are also trying to maintain a balance in the network and could struggle to get the balance right.

“In those circumstances there is potentially a need. The primary function of freighters for combination carriers is to fill the bellies and so, in the coming months, those opportunities may arise.”

For now, CLA is busy and full – and enjoying its return to the market having restructured its costs.

“We’ve built a solid base for the future,” said Mr Sultan. 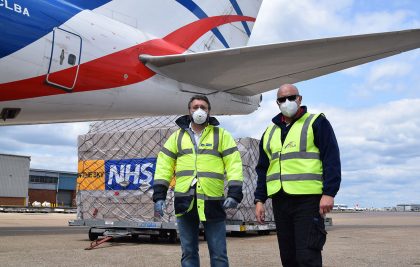