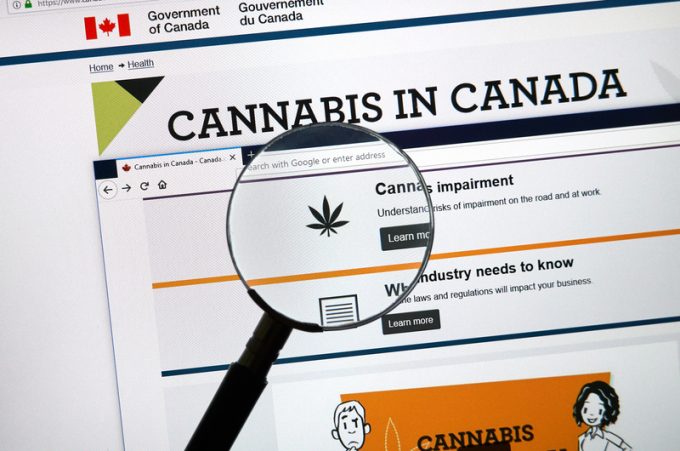 Cargo traffic at Edmonton International Airport (EIA) is reaching new highs with a mind-altering cargo: cannabis is providing the airport with a potent boost in volume.

Canada’s legalisation of cannabis for personal recreational use in October added a new commodity to the mix of air cargo, and Edmonton is in the thick of it.

Things have not gone exactly to the company’s original plans, though. Rather than supplying recreational users in Canada, it is sending most of its output overseas, responding to rapidly growing demand for medical grade cannabis.

Alex Lowe, the airport’s manager of cargo business development, said:  “The Canadian recreational market may have been the initial impetus, but international medical business is more of a focus for them.”

The company is now building a second facility at the airport, adding 400,000 sq ft to its footprint to serve as its global distribution centre.

The strength of the cannabis market has also drawn other business to EIA. On July 10, the airport signed an agreement with Plant Box, a China-based producer of LED lighting systems designed for indoor plant growth.

It picked Edmonton for its main manufacturing and distribution centre in North America, taking advantage of its 24/7 operation, access to Asia and North American markets and that the airport sits in a foreign trade zone.

Initially the new tenant intends to market its products to small and mid-sized commercial operators and academic institutions across North America that specialise in indoor plant growth, particularly in the cannabis sector.

But EIA is also looking to develop more conventional medical traffic. In response to the emergence of a rapidly growing cluster of bio-pharmaceutical companies in the Edmonton area, it is trying to establish itself as a pharma gateway. Four operators at the airport are in the process of applying for CEIV accreditation.

According to Mr Lowe, they are on track to get certified by the end of the year. With forwarding, ground handling and airline involvement in the mix, the airport should have a good basis for establishing pharma corridors, he reckons, adding that KLM and Amsterdam are already CEIV certified, which can cover the EIA-AMS route.

Exports to China did look set to expand further when Beijing agreed to accept chilled Canadian beef, but the Chinese authorities have banned Canadian meat altogether this year. So, now Japan is the biggest market for Alberta beef, flown by Nippon Cargo, which calls en route from the US to its home market.

Mr Lowe hopes the new cooling facility will prove a catalyst for perishables, just as an animal facility established a few years ago helped draw in live animal shipments. This year, there have been a number of pig charters to Russia, courtesy of AirBridgeCargo, reports Ron Buschman, managing director of Aerodyne Cargo Services, which represents Volga-Dnepr in western Canada.

After 110% growth in cargo volumes last year, EIA appears on track for another year of growing cargo throughput. Much of this is due to cargo charters from the likes of AirBridgeCargo and Nippon Cargo Airlines, but e-commerce has been another driver.

Amazon is building a one million sq ft distribution centre near the airport, which is scheduled to open halfway through next year, Mr Lowe noted.

In fact, EIA has brought on six new cargo buildings since 2014. The airport authority likes to be ahead of the curve and is looking at possible expansion projects for aprons and cargo facilities, but at the moment there are no firm plans, Mr Lowe said.