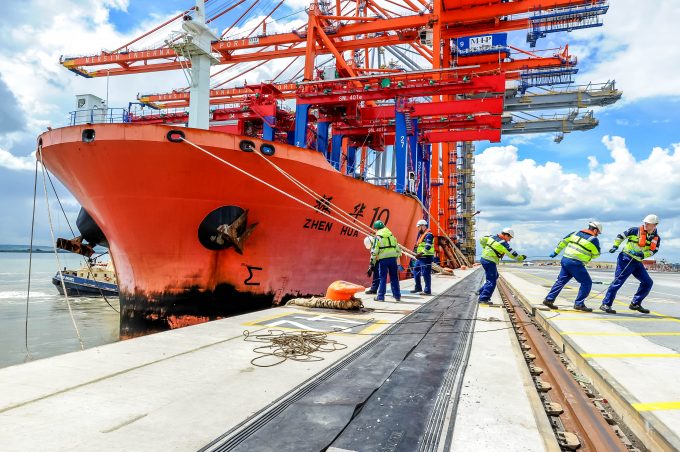 DP World has continued to gain ground on its competitors, announcing growth in revenues, earnings and volumes over the six months to June.

All three of the terminal operator’s regions saw an increased rate of volume growth in the second quarter, putting it well beyond Drewry Maritime’s 4% first-half growth predictions.

In noting the “ahead-of-market” growth, group chairman and chief executive Sultan Ahmed Bin Sulayemsaid: “Our portfolio has [benefited] from the improved trading environment in 2017 and market share gains from the new shipping alliances driving volumes in Q2.

“The robust performance was delivered across all three regions, which once again demonstrates that we have the right strategy and relevant capacity in key markets.”

EBITDA for the period increased 4.2% to $1.2bn, with Mr Bin Sulayem describing the group’s financial performance as “encouraging”. he added: “After a challenging period, we have seen a pick-up in global trade particularly in the second quarter of the year.

“This combined with the ramp-up in our investments in Yarimca, London Gateway, Rotterdam and JNP Mumbai to deliver ahead-of-market volume growth.”

“Our balance sheet remains strong and we continue to generate high levels of cashflow, giving us the ability to invest in the future growth of our current portfolio,” he said. “Looking ahead, we expect higher throughput levels will be maintained and believe our steady financial performance leaves us confident we’ll meet full-year market expectations.”

The group seems unfazed by a 2.5% drop in profit after separately disclosed items, putting it down to lower foreign exchange gains and a change in value of convertible bond options.

The figures were in stark contrast to APM Terminal’s second-quarter results, in which the operator partly attributed the $100m loss to the loss of liner services at its terminals.