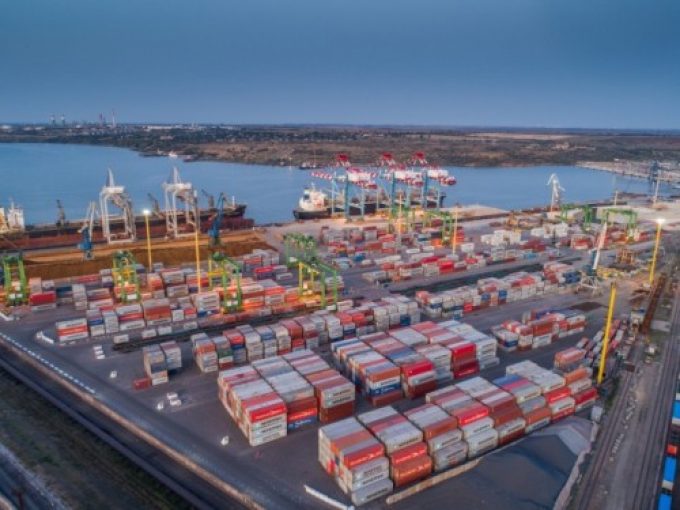 Dubai’s DP World has completed its acquisition of a 51% stake in TIS Container Terminal in the Ukrainian port of Yuzhny, after winning the regulatory green light from the government.

DP World also suggested it could use the acquisition as a platform for its shipping line subsidiary, Unifeeder, to launch Black Sea operations, linking Ukraine with its facilities in Constanza and the Turkish port of Yarimca.

“This suite of trade enabling solutions, coupled with our technology to remove inefficiencies in the supply chain, offers cargo owners the ability to deploy their cargo strategically across essential tradelanes that serve Eastern European markets and complement DP World’s portfolio in Romania and Turkey,” it added.

Under the agreement, DP World has acquired its intended 51% majority stake and will take control of the terminal operations, adding that it “will look to expand the catchment of the terminal using its market-leading rail connectivity”.

“This acquisition establishes DP World in a highly attractive market, we look forward to contributing our experience, expertise and resources to the continued development and growth of the TIS container terminal. In so doing, we will look to build on and expand the commercial success that TIS has achieved,” he added.

The terminal has 470 metres of quay and a depth alongside of 16 metres, plus considerable spare capacity – according to eeSea data, it boasts an annual capacity of 500,000 teu but handled around 145,000 teu last year.

It already handles some of the largest vessels to operate in the Black Sea region – serving two Maersk deepsea services, the Europe-Middle East ME3 that deploys eight vessels with an average capacity of 6,800 teu, and the Europe-west coast South America Ecumed that specialises in Latin America perishables exports and deploys ten 4,250 teu vessels.