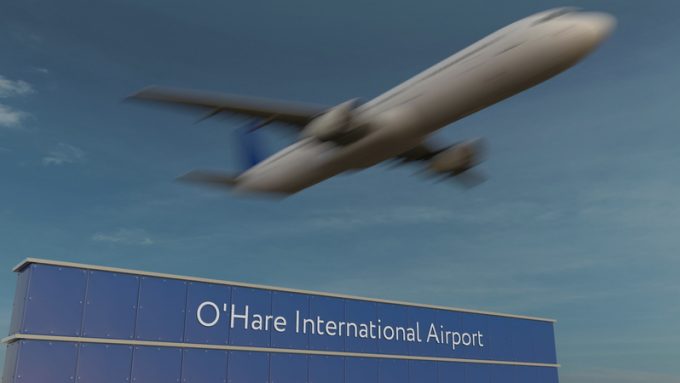 DHL Global Forwarding has been rolling out new services across its US operation as it looks to go beyond traditional line haul delivery.

Station manager for Chicago Chris Gonsowski said that among the changes his station had made were efforts at speeding up customs clearance.

“DHL is the first forwarder in the US to use canines for customs clearance, and Chicago was the first hub to bring them into service,” he said. “Dogs are far more efficient than machines and we have been able to cut clearance times from 90 minutes to 20 – with improved quality too.”

Chief executive for the US David Goldberg said Chicago was strategically well placed and the company had developed one of its innovation sites at the facility to test potential new services and systems – including the use of electric vehicles.

“In 2015, we opened a state-of-the-art facility at O’Hare, costing $35m, which at 434,000sq ft is also DHL GF’s largest air freight station,” said Mr Goldberg, adding: “We are looking at expansion, particularly across the cool chain side of the business, with more than 9,800sq ft already devoted to it.”

Expectations are that in the years to 2022, global spending on pharmaceuticals will increase at around the rate of 5.4%, equating to roughly $10trn. This, said Mr Gonsowski, was being primarily driven by an ageing population and the rapid growth in demand for personalised medication.

“Personalised medicines require specific forms of transport, with strict temperature and monitoring needs,” he explained. “And with our facilities geared around not only this, but GDP requirements, we last year shifted from using RFID to NFC [near field communication], as it is far more robust and the required tech more plentiful.”

The advent of personalised medication has also been responsible for the company’s drive to go beyond offering just traditional line haul delivery services. Mr Goldberg said he was keen to increase the focus on “white glove services” for shippers.

“In particular we are looking at healthcare, life sciences and technology sectors when we consider these add-ons,” he said. “We want to be able to say we not only offer you delivery, but also pre- and post-delivery services – things such as installations.”

And as part of 2015’s $35m investment, DHL GF also opened a free trade zone (FTZ) at O’Hare. Mr Goldberg said the company had been expanding their availability across the US.

“The demand for free trade zones has been amplified by the ongoing tariff dispute between China and the US,” he said. “Shippers want to leave their goods in the FTZs until they need them, because with the tariffs this can provide major savings benefits.”