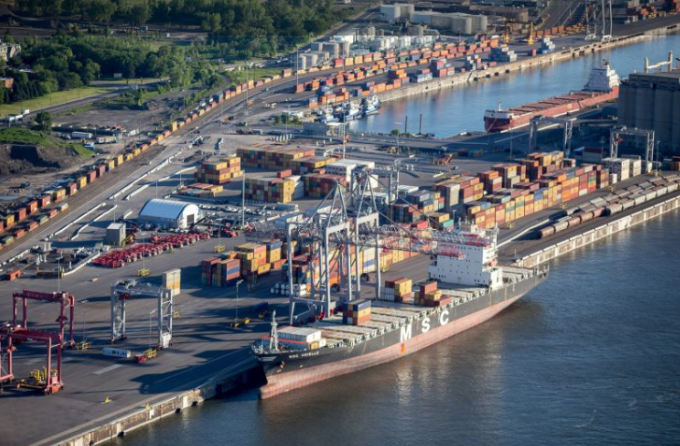 Disruption at Canada’s port of Montreal has stretched into a fifth day – as longshoremen ended a four-day industrial action yesterday, port checkers launched a one-day strike this morning.

The timing of the actions was designed to create maximum impact, said one forwarder.

By Thursday afternoon, the longshoremen’s strike had affected about a dozen vessels at the port.

“It is certain that the situation is creating undesirable delays for some carriers, as well as for local exporters/importers,” reported Mélanie Nadeau, director of communication at the port.

“There are currently about a dozen ships experiencing delay and must either stay docked longer than expected, anchor or slow their course before arriving,” she added.

“We have lost a whole week already,” said Karl-Heinz Legler, general manager of Rutherford Global Logistics. “Importers and exporters are being inconvenienced.

“And there may be extra costs if containers sit in the port and the lines decide to charge rollover and demurrage fees, but that hasn’t happened so far,” he added.

Sandra Faraj, vice-president of AGO Transportation, said: “The only problems we have had are with our exports, and the clients understand that it is out of our control.”

The worry for cargo owners and agents is that the dispute between union and employers may lead to continuing disruption. The longshoremen announced their strike after a breakdown of weeks’-long discussions, steered by a mediator appointed by the Canadian government. According to the union, the dispute centres on working hours.

Prior to this, there had been a battle over the definition of “essential service” that had waged since October 2018, when the Maritime Employers Association had asked the Canada Industrial Relations Board to review whether longshoremen performed essential work, a move designed to shield the docks from strike threats.

The board ruled in June that the employers had not demonstrated “imminent and serious risks to the health and safety of the public” – the primary criterion for essential service – in the event of a strike.

The uncertainty over possible future disruption is a source of frustration.

“They may decide tomorrow morning that all is fine and it’s all over, or there could be sticky points and more disruption,” said Rutherford’s Mr Legler. “Of course, clients are getting antsy.”

In the event of an escalation, carriers could eventually decide to avoid Montreal and drop off cargo at another port, but that scenario is unlikely in the near term, he believes.

“That won’t happen for a while. If nothing is resolved in two weeks, they may do something like that,” he said.

Hapag-Lloyd told customers today its operations would resume tomorrow, but that the situation “remained fluid”.