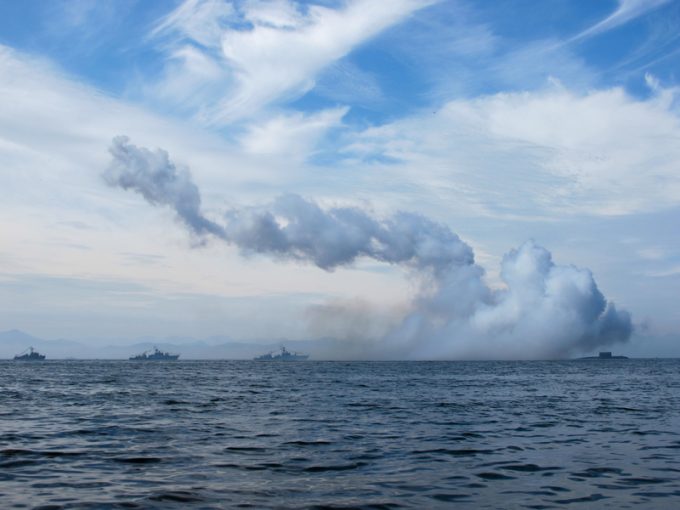 Security consultancy Dryad Global has warned that commercial shipping has been targeted off the coast of Odessa, with a bulk carrier and bunker barge hit by Russian missiles, according to local reports.

The company says details remain unclear, however casualties are being reported in at least one incident.

According to Dryad Global, the latest incidents follow an attack yesterday involving Marshall Islands-flagged merchant vessel Yasa Jupiter which was struck by a Russian missile about 50nm south of Odessa.

Unconfirmed reports indicate that at 12.55pm local time, “At anchorage N358 of Yuzhny Port, [20km east of Odessa] a missile hit the stern of the Panama flagged bulk carrier Namura Queen. The tugboat P&O Star is understood to be alongside and assisted in the rescue. Dryad Global can confirm that two P&O vessels were operating in the vicinity of the Namura Queen at the time of the alleged incident.”

The USPA said the vessel was loaded with 600 tonnes of fuel oil and diesel.

Dryad Global said: “The vessel was reportedly hit twice, one missile hitting the superstructure, and another hitting the middle of the vessel. These reports appear to be corroborated by unverified footage that has appeared online showing a fire onboard the vessel.”

This is violation of international law pic.twitter.com/MV9whPOaGX

A number of vessels went to the aid of the Millennial Spirit and the latest news is that two of the crew members were said to be in a serious condition, including the master. The injured crew were taken to the port of Chernomorsk at 2.15pm and from there to a local hospital by ambulance.

Additional unconfirmed reporting has indicated that the vessel had a crew of 10, all of whom are understood to be Russian nationals.

“As a result of these attacks and the ongoing conflict, Dryad Global advises all vessels in the vicinity of Ukrainian ports to leave immediately if deemed safe to do so.

“Vessels should ensure they are broadcasting on AIS and clearly state their intentions across VHF.

“Any vessels challenged by Russian military vessels should comply fully with instructions,” said the security firm.

Russia's maritime lawyers call for an end to war in Ukraine

In an admirably courageous move, the Russian Maritime Law Association (RUMLA) has issued a statement ...

Weekend protests in Poland prevented hundreds of trucks from crossing the Poland-Belarus border at the ...

Maersk told The Loadstar today it would join other shipping lines and suspend new bookings to ...

Dryad Global Insane in the Ukraine Ukrainian Sea Ports Authority (USPA) War! What is it good for? Maersk Russia war