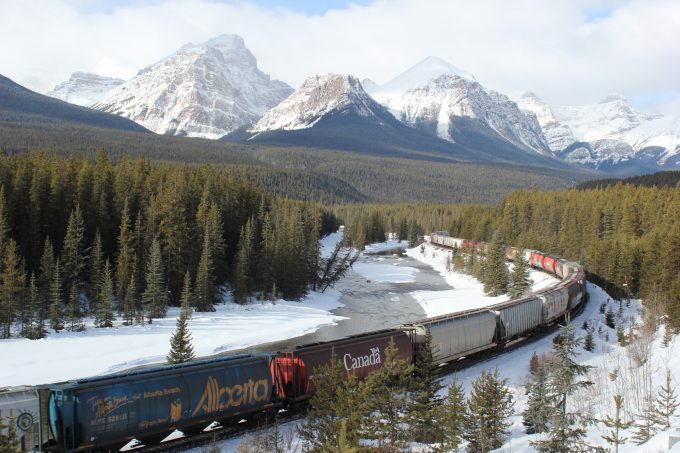 Rail capacity in Canada has shrunk at a critical time as Canadian Pacific Railways (CP) moved on Sunday to shut down its network over the current contract dispute with labour.

Members of the Teamsters Canada Rail Conference (TCRC), which represents some 3,000 CP employees, went on strike on Saturday night after the company announced a shut-out.

Contract negotiations between the Teamsters and CP management failed to reach agreement over worker benefits, and according to the company, one of the sticking points was a union demand for a higher pension cap.

Both sides blame each other for the failure of the talks.

In a vote last month, 97% of the engineers, conductors and yard workers in CP represented by the TCRC voted in favour of industrial action, which put the union in a position to issue a 72-hour strike notice on 16 February.

On that day, CP management jumped first, issuing a 72-hour lock-out notice if a negotiated settlement could not be reached or if the union wouldn’t agree to binding arbitration. Members of the union have argued that this forced them to call a strike to protect their members.

“We’re both locked out and on legal strike,” one union representative said, while management said it had tabled a revised offer on Saturday which the union never responded to.

CP president & CEO Keith Creel said: “We are deeply disappointed that, in the final hours before a legal strike or lock-out was to potentially occur, the TCRC failed to respond to the company’s latest offer presented to them by the federal mediators.”

Both sides have stressed that they “did not want to be in this situation”, mindful of the disruption of an already severely strained rail network and broad concern over further supply chain problems.

Rail services in Canada were severely affected last year by congestion and torrential rain in western Canada that shut down rail services between the port of Vancouver and the interior. Neither side wants to be perceived as a party bent on risking the flow of vital goods for the sake of a better bargain.

“After a never-ending pandemic, exploding commodity prices and the war in Ukraine, this lock-out adds an unnecessary layer of insecurity for many Canadians,” said TCRC president Lyndon Isaak.

The Canadian economy depends heavily on rail services to move agriculture and manufactured goods exports to the ports. Although it is the smaller of the country’s two Class I rail operators, CP plays a massive role in the movement of commodities like grain and potash to the ports. The disruption of potash flows at this time is particularly critical, as it is needed in preparation for the planting season.

And currently this is further aggravated by the Russian invasion of Ukraine, which affects crops in that country and results in increased need for production in North America, observers have argued.

Although it has yet to complete its merger with Kansas City Southern, CP also plays a significant role in the movement of potash to the US, where farm interest groups have written to President Biden asking for the US and Canadian governments to make efforts to avert a strike.

Some Canadian interest groups, including the Canadian Chamber of Commerce and Canadian Manufacturers & Exporters, have called on Ottawa to consider immediate back-to-work legislation to bring the confrontation to a swift end. In a debate in parliament yesterday, the stand-off was discussed, but parties did not touch on back-to-work measures.

Labour minister Seamus O’Regan expressed faith in the bargaining process, saying: “We’re monitoring the situation. We expect the parties to keep working until they reach agreement.”

“I think the government is working its back channels to pressure both sides to come to a conclusion,” he said. “Even after an agreement is reached, it will take several days for CP’s network to get back to pre-shut-down velocity,” he added.

Contract negotiations between rail companies and labour unions in Canada have frequently resulted in industrial action that often had to be ended by government intervention. This time there is broad pressure to resolve the issue quickly.

Another ship operated by Taiwan liner Evergreen has run aground, almost exactly a year after ...