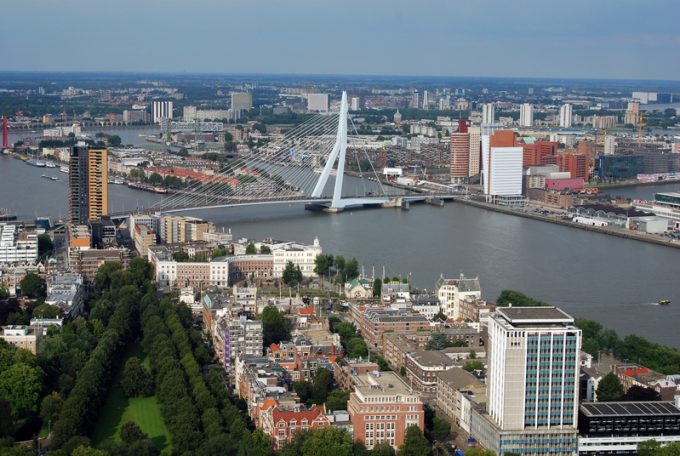 Investment dilemmas and challenges for port and terminal operators have been magnified by the arrival of ultra-large container vessels (ULCVs) and the consolidation of volumes into larger alliances and bigger carriers.

Neil Davidson, senior analyst of ports and terminals at Drewry, told delegates at last week’s TOC Container Supply Chain conference in Hamburg that the primary concern of terminal operators was that volatility had worsened dramatically.

“There’s much more volatility in market share that operators have to deal with as a result of the alliances,” he said. “Look at the transhipment market in south-east Asia – Singapore’s volumes were down 9% last year while Tanjung Pelepas and Port Klang were up significantly, almost entirely due to alliance reshuffling.

“Then we heard this week that CMA CGM has done a deal with PSA which will likely see some volume going back to Singapore – so there are huge chunks of volumes that can move between ports, which leads to great uncertainty and higher risk.”

He added that this volatility was no longer just restricted to the more “inherently volatile” transhipment ports.

“Look at the North European gateway market in the last year – Rotterdam was more or less the same, Hamburg was down 9.3%, Zeebrugge down 23.3% while Antwerp was up 7.5%. Again, a big factor in this was the alliance reshuffling having a big impact on volumes in a short space of time, and in a long-term business it’s pretty hard to deal with that.”

In response, he suggested terminal operators have a number of strategies at their disposal, particularly the idea that they could look to form alliances of their own.

“There could be more alliances between terminal operators – finding ways to work together is a natural response to the way big carriers have come together, and perhaps that might go a step further and result in more M&A between operators and merging,” he said, adding that joint-ventures with shipping lines for terminal investment was another option.

“It would be one way of mitigating the risk of bigger alliances. PSA’s deals with CMA CGM and Cosco are a good example of that – as Opex and Capex is being pushed up it is certainly worth working with carriers to try and optimise the process,” he said.

One possible by-product of the larger chunks of volume is that it may allow terminal operators to raise handling rates, which traditionally have been resistant to inflationary forces.

“You could charge more for terminal handling, and while there has been a lot of talk about how the bigger alliances put pressure on terminals and drive prices down, I’m not so sure that’s the case – if you have bigger ships and bigger alliances, there’s actually less choice of ports and terminals to use and that means terminals operators have a chance to reflect that in their pricing,”

The prospect of terminal operators forming alliances has previously been mooted, but has so far gained little traction. However, Lamia Kerdjoudj-Berkaid, secretary general of the Federation of European Private Port Operators (Feport) said there could be grounds for the sector to approach competition authorities.

“While terminals cannot cooperate on prices, there are exemptions such as the sharing of slots on ships, which is common capacity management. Lines can cooperate and have an exemption to do so, which could be extended to terminal operators.

“We are not there yet, and there has been no formal request from the terminal operator community, but if we are looking at optimisation, then this would make sense.

“But it is not as of yet a request from our federation, and nor from our members,” she said.

Unless operators rise to these challenges, Mr Davidson suggested the investment in new capacity could be withheld and the ownership profile of the sector could change dramatically.

“Terminal operators could simply refuse to invest, and certainly at the moment a lot of major operators are reviewing their greenfield expansion plans very, very carefully.

“You might also see a shift in the nature of investors in the industry. Certainly the institutional investor might change in nature as the risk profile changes,” he said.