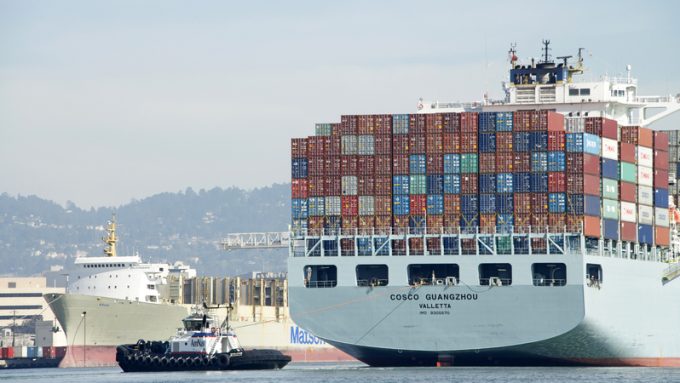 Cosco Shipping Lines is thought to be planning another raft of newbuilding orders. But the large numbers mentioned in the media this week include already-announced orders.

The 23,000 teu vessels are expected to be dual-fuelled with methanol, while the 15,000 teu ships will be powered by high sulphur fuel oil but would be methanol-ready. It is estimated that together, the newbuildings could cost approximately $3bn.

When contacted, a representative at Cosco Shipping referred The Loadstar to the 1H 2022 financial report of its immediate parent, Cosco Ship Holding (CSH). The report stated that CSH will accelerate the building of a green and low-carbon fleet, to support a green and low-carbon fuel supply chain to adapt to the new environmental protection rules, and promote renewable energy in the port and shipping industries.

As of 30 June, the Cosco group, including OOCL, had 32 ships of 580,000 teu under construction, including 10 ships that were ordered by Cosco Shipping and 10 vessels by OOCL last year. The group is now the fourth-largest liner operator, with a total capacity of 2.87m teu.

Even as freight rates, particularly on the Asia-US West Coast lane, have been falling, major mainline operators appear unrelenting in replenishing their fleets, especially to meet the global decarbonisation target in 2050.

Methanol and LNG are viewed as cost-effective and cleaner alternatives to very low sulphur fuel oil.