News / COP27: Decarbonisation could cause staff training and shortage challenges 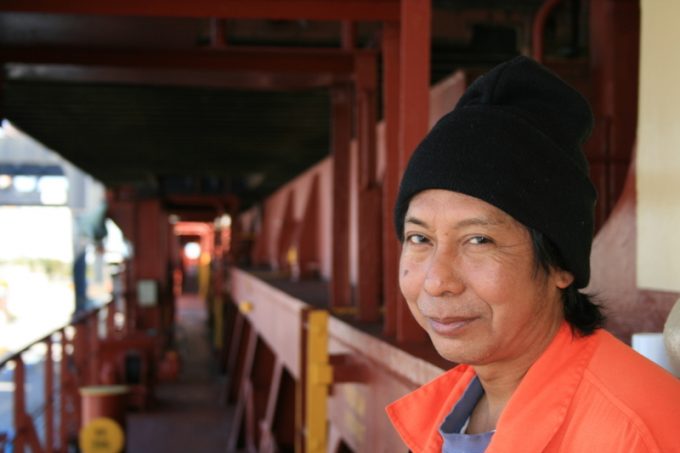 Global industry is facing a crisis of labour that could see transportation costs reach sky high levels for a prolonged period and are expected to be exacerbated by new climate change mitigation policies.

Seafarers, truck engineers, civil aviation managers and fuel providers amount to hundreds of thousands of staff that have to be trained to operate aircraft, trucks and ships on several new fuel types, and possibly currently unknown future fuel.

Delays in the regulatory system have led to delays in ordering new assets, but owners are facing crunch-time because ships ordered today will be operating for around 25 years and will be required to switch to zero carbon fuels at some point.

Unctad head of trade and logistics Jan Hoffman told The Loadstar: “Uncertainty [over the which fuels will be used] has led to under-investment in ships and ports and other infrastructure, which will lead to greater costs later.”

“The fleet is getting older and already owners are withholding investment. If owners had certainty – if, for example, they knew they’d be burning gas, there would have been more orders by now, given the level of profits made by the carriers over the past two years,” he explained.

Unctad believes regulators need to move fast so that investment costs do not spiral out of control, while other stakeholders are increasingly concerned about labour training requirements for the new technology.

The Maritime Just Transition Task Force, which includes the UN Global Compact, International Transport Workers Federation (ITF) and International Chamber of Shipping, was founded to ensure seafarers had a representative voice on the issues around the climate emergency, and commissioned class society DNV to research fuel transitions and examine the requirements for labour, mainly in shipping.

The report, Insights Into Seafarer Training and Skills Needed to Support a Decarbonised Shipping Industry, will be launched at COP27 today and concludes that, by 2050, between 310,000 and 1.25 million seafarers will need to be trained in handling a range of fuels.

Training in safety and handling of particular fuels, such as hydrogen, with a low flashpoint, and toxic fuels, such as ammonia or those stored under pressure, will also present challenges.

DNV’s final finding is that: “Training seafarers to support shipping’s decarbonisation is already subject to several constraints. These include: the slow pace of regulatory development and lack of clarity surrounding the viability and uptake of alternative fuel options and decarbonisation trajectories, which makes investment in seafarer training challenging; a need to increase investment in training centres and up-to-date equipment; a lack of competent trainers; and a shortage of experienced seafarers.”

Sturla Henriksen, special advisor to the UN Global Compact, told The Loadstar that at some point there could be too few seafarers to meet demand, “unless regulatory bodies move faster than they are today”.

ITF general secretary Stephen Cotton estimates that decarbonising the transport sector will cost around $9tn, including all supply chains and modes of transport, and maintains that green jobs and training is a union issue – amid a major labour shortage crisis, seafarers are looking for job security and “a premium from the job that takes you away from your family”.

Employing seafarers on permanent contracts would attract more people to the industry while owners should see investing in training as “investing in their own success”, he said.

The DNV research concludes that industry needs to work together to form a plan to meet future labour needs of the industry, and unions say they are ready to play their part.

ITF-affiliated unions operate in the road and aviation sectors, but present different challenges according to Mr Cotton.

“There is a recognition in civil aviation, in spite of the offset model which they operate, that you have to change the way it [the industry] operates. Both road and aviation industries have challenges; in road transport, if you’re a diesel fitter and going electric, what new skills do you need, what’s the transition for those people?

“Civil aviation is more challenging, with all airports we visit having ‘underground’ methods of getting fuel to the planes that will need to be rebooted.,” explained Mr Cotton.