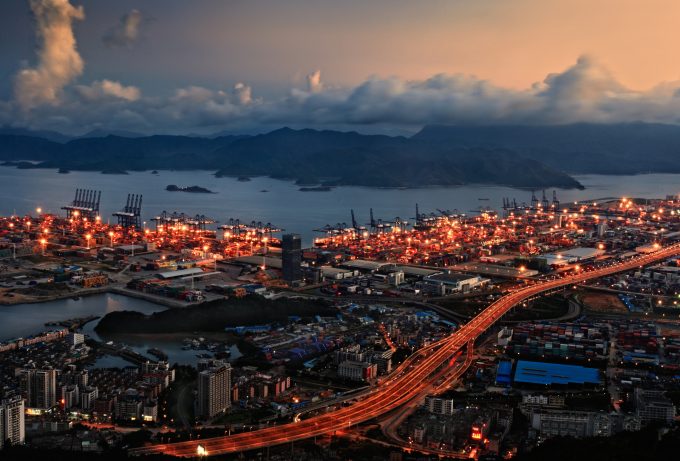 However, according to an update from Maersk, it was extended yesterday for a further 72 hours, with container gate-in times reduced from four to three days of a vessel’s estimated time of arrival (ETA), from 31 May until 6 June.

“Operation in the eastern area, where mother-vessels mainly berth, remains but with low productivity. We see terminal congestion and four-to-five days of vessel delays in the coming week.”

“It’s not a good situation at all,” he told The Loadstar. “With with no exports coming out, we’ve seen a couple of carriers bound for the US skip Yantian and go straight up to Ningbo, because they don’t want to wait.”

Indeed, Norman Global Logistics said today there were 27 vessels waiting for a berth at Yantian.

On the land side, Mr Nair said, there was still a “hell of a lot” of traffic around the port, meaning fewer trucks available because they can’t turn and do additional trips. Furthermore, the decision to reduce gate-in times to three days of a vessel’s ETA would exacerbate equipment shortages, he added.

“The challenge here is that you have a knock-on effect, because there’s not enough equipment to start with, and carriers are releasing empty containers, in some cases only three-to-five days before the ETA. For anybody not in the local area, that could pose a challenge. It’s a vicious cycle,” he said.

Elsewhere in the Pearl River Delta, Shekou Container Terminals announced that from Tuesday it would only will only accept laden exports with a vessel ETA of five days, but Guangzhou’s port of Nansha is expecting additional calls as carriers divert from YICT, telling The Loadstar “our port is fine and operations are normal”.

Likewise, Mr Nair said, Hong Kong hadn’t been affected yet, although carriers “might just discharge and leave to stay on schedule, because their biggest challenge today is that all the schedules are completely out of whack”.

He added: “So there will be more calls at other ports in China, including Shanghai, Ningbo, and Xiamen. The problem is there’s actually quite severe congestion in Shanghai currently. So I’m expecting to see more calls in Ningbo, at least on transpacific eastbound trades.”

For Asia-Europe tradelanes, the current congestion in China could see carriers blank sailings from northern ports such as Tianjin and Qingdao.

“THE Alliance already has announced around nine blank sailings out of 35 departures in June,” said Mr Nair. “I think it’s the nature of their loops; they don’t have too many options to just omit a single port and end-up having to blank the entire voyage.”

On the other hand, he claimed, the loops operated by the Ocean Alliance and 2M are “more robust”, with fewer blank sailings necessary, as they have “multiple load ports, so even if they skip one, they can compensate from another”.

It may be little compensation for European importers, however, with overall Asia-Europe transit times having deteriorated drastically over the past three years, according to UK-based Metro Shipping.

The forwarder showed The Loadstar data showing transit times to the UK from Yantian and Shanghai had jumped from 26 and 31 days respectively in 2018, to 36 and 42 days this year.

“The worst transit times in history, for the highest costs in history,” the forwarder said.

Chittagong Port is facing the worst situation in its history, with more than 40,000 teu lying ...

On the wires: 'I'm speechless' – Expeditors trails K+N & DSV where it matters