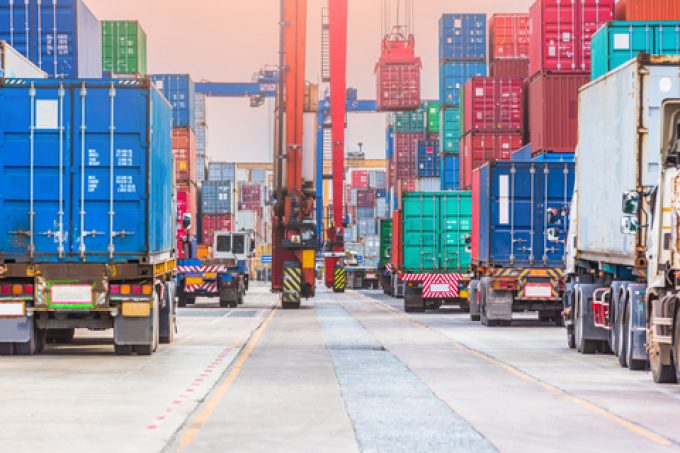 Shippers in the UK are facing a significant rise in costs, as the container haulage business becomes increasingly chaotic.

Shipping lines have very few – if any – available haulage bookings until the middle of October or later, but are also imposing storage charges and D&D fees on customers.

And boxes booked last week may only be available in mid-October or later, but customers must pay full tariffs on storage.

The result is an increase in costs, estimated at up to £300 ($406) per container, with forwarders forced to seek alternative arrangements with independent transport companies.

This means additional costs for loading/unloading (lolo), and higher haulage costs in a ‘pay to play’ environment.

“Pay to play is part of the reason for so many last-minute carrier cancellations, or cancellations without notice on the day of delivery,” said one forwarder. “It is dire. And it’s going to get worse. Catastrophe is coming.”

Forwarders said that customers were fighting the extra costs, “arguing the toss”, but LSPs were “caught in the middle”.

“You either have to pay a premium for merchant haulage or get whacked for thousands on storage. Shipping lines should be waiving the fee where their haulage fails. But they are not.

“And customers who have spent £17,000 to £18,000 getting their container here are then having to wait another four weeks to get it delivered.”

One forwarder suggested that some 30% to 40% of haulage moves were failing – “And that’s the booked ones,” he added.

The forwarder said the situation was similar in major hubs in northern Europe, in Belgium, Germany and the Netherlands, and has been occurring in the US for the past six months, but the UK’s crisis was deeper.

“To some degree, forwarders are making it worse,” he admitted. “We are all throwing money at it to solve it, which means that hauliers are leaving the lines to work for forwarders instead. But the lines get an income flow through D&D too – they can’t lose.

“One could even argue that they are incentivised to fail.”

The situation has worsened in the past month, but there are fears it will become worse still through October and possibly continue until year-end.

The forwarder said: “To be frank, the industry is fucked.”