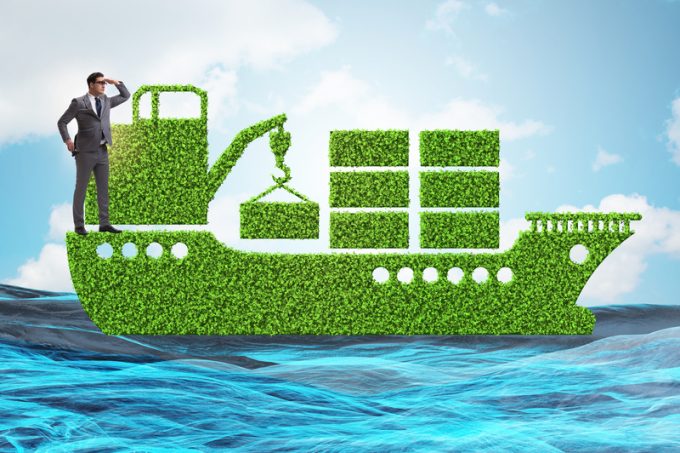 As campaigners for ShipItZero protested at the San Pedro Bay port complex yesterday in a bid to end ship pollution, new research has suggested a novel way to cut shipping emissions.

Researchers at Northwestern University have proposed that lines begin using fuel cells that burn traditional fossil fuels, but then capture and store the carbon dioxide. The compressed gas can then be sequestered permanently, or converted into liquid fuel for re-use, potentially making shipping carbon-neutral.

Anthropocene magazine notes that sustainable hydrogen or ammonia fuels remain too expensive, and will take years to deploy.

“A better alternative for long-range freight vessels might be fuel cells, which are battery-like devices that can generate electricity from carbon fuels, producing water and carbon dioxide. This would take advantage of energy-dense liquid fuels, which would produce enough power for large vessels.”

Pressure on the shipping lines is mounting, with the ShipItZero campaign urging major retailers, including Amazon, IKEA, Target and Walmart, to “abandon dirty fossil-fuelled ships” and commit to zero-emission ships by 2030.