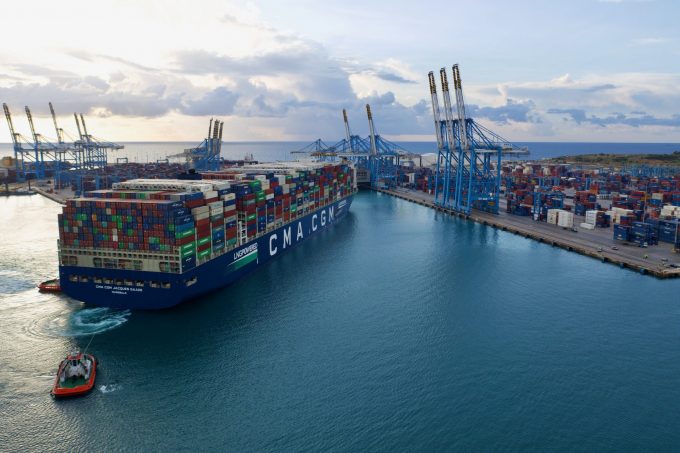 Hyundai Samho Heavy Industries confirmed today that the French carrier, CMA CGM, will extend its methanol-ready fleet with an order for six ships of 8,000 teu from the Korean yard.

CMA CGM has followed its 6 June announcement that it had ordered six new-Panamax ships that are methanol-ready with a second order, worth a reported $736m in total, with expected deliveries of the vessels in 2025.

According to CMA CGM, the company’s methanol powered vessels are: “In line with CMA CGM’s strategy to expand its energy mix with the goal of achieving net zero carbon by 2050.”

However, Alphaliner examined the strategy today saying there are questions over whether there will be sufficient green methanol available to power these ships.

Alphaliner pointed to Maersk’s order for methanol-powered ships last year which the Danish carrier said would solve the “Chicken-or-the-egg problem” for green fuels.

Nonetheless, Alphaliner pointed out that: “The shipping line [Maersk] admitted that it would not be easy, and perhaps not possible, to secure sufficient quantities of ‘green’ sustainably sourced methanol to operate the ships entirely carbon neutral.”

In March Maersk announced strategic partnerships with six companies which will source 730,000 tonnes of methanol fuel a year by the close of 2025, which Maersk said would cover the fuel required for its first 12 methanol-powered ships.

It also pointed out that e-methanol is created by electrolysis and is only considered ‘green’ if the energy for this process comes from renewables. Bio-methanol is a carbon neutral fuel, and releases carbon into the atmosphere when burnt. Bio-methanol uses materials that have previously stored atmospheric carbon.