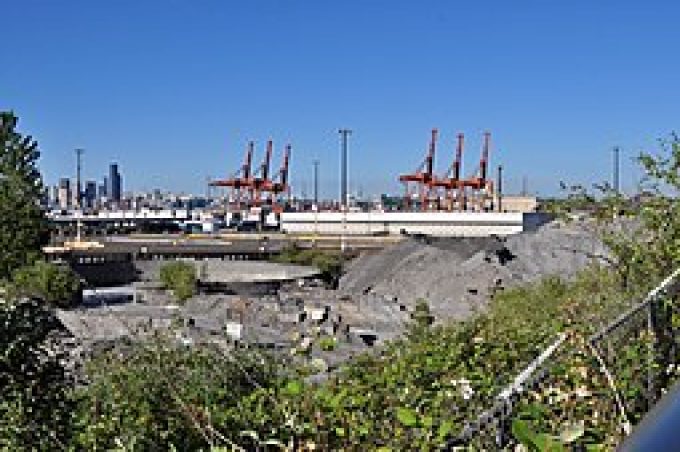 Contract negotiations at US west coast terminals appear to be in danger of being disrupted by a dispute involving the largest terminal at the port of Seattle.

The International Longshoremen and Warehouse Union (ILWU), which has been conducting the talks with the Pacific Maritime Association (PMA), is accusing stevedoring firm SSA Marine of trying to wrest authority of a process at the facility from its members to hand the job to workers represented by another union.

The process at issue is cold ironing, which allows ships to use shore power when docked. The ILWU argues that this work was expressly assigned to it under the contract signed over a decade ago.

The ILWU has not named the rival union, but reports have identified it as the International Association of Machinists and Aerospace Workers (IAMAW), which claims mechanics it represents are the ones designated to do that work.

According to the ILWU, SSA has colluded with the other union to trigger intervention by the National Labor Relations Board (NLRB), so that SSA could pick the workforce for the job. The ILWU claims this constitutes a violation of the collective bargaining agreement between itself and the PMA.

It describes the move as a tactic that has been used repeatedly by PMA members, an issue in the ongoing contract discussions.

“Employers using the NLRB to circumvent the assignment of work to ILWU-represented employees is an important issue that the ILWU and the PMA addressed in 2008 bargaining. For the past six weeks, the parties have been discussing multiple employer past contract violations in this context, and now another instance of this is taking place,” it said.

“We are shocked that SSA is taking such an action, and we are regrouping to determine how to proceed in negotiations while we watch an employer violate the very provision of the contract over which the parties were bargaining,” said coast committeeman Cameron Williams, a senior official with the ILWU in Seattle.

However, a leaked letter from IAMAW international president Roberto Martinez to US president Joe Biden, dated 23 September, claims it has represented around 800 mechanical workers in west coast ports over 70 years and that the ILWU was attempting to use the current negotiations with the PMA to force SSA to use ILWU workers for cold ironing at Seattle’s Terminal 5. It adds that a 2019 NLRB decision had confirmed that the jobs should be carried out by IAMAW members.

“It is our understanding that the ILWU is using this proposal as a sticking point and is holding up progress at the negotiating table until the PMA accepts this unreasonable and impermissible proposal,” Mr Martinez wrote.

The issue throws a question mark over the contract negotiations between 22,000 port workers at 29 west coast ports and some 70 employers represented by the PMA. The ILWU says its focus on the talks is affected, as it is forced to address this dispute and consider the implications for the contact talks.

SSA Marine and the PMA have not commented.

The negotiations have dragged on well past the expiry of the former contract, on 1 July. Previous contract negotiations have led to work stoppages and had to be settled through presidential intervention. In light of the congestion at the ports and the likely ramifications of a work stoppage on supply chains, the ILWU and PMA have refrained from incendiary rhetoric and little has been revealed about the progress of discussions.

But this latest twist in the saga suggests that tension is rising.

According to one report, ILWU workers were slowing down work at Seattle and Tacoma last week, while fellow union members in Oakland arrived late for their morning shift and took breaks collectively rather than staggering them to keep work flowing. This has been described as the union of flexing its muscle in the contract talks.

One factor may be that congestion on the west coast has eased, potentially lowering the threshold for a stand-off.