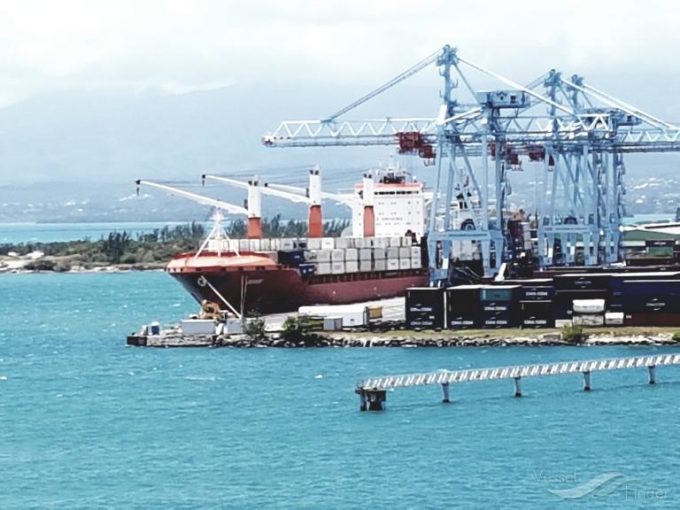 The Loadstar has learned that China International Marine Containers (CIMC) has begun shipping containers from China to the US west coast, after freight rates on the lane hit a record $20,586/teu in September, according to Freightos.

While CIMC’s core business remains container manufacturing, it is also active in other areas, including logistics as a freight forwarder.

A CIMC employee confirmed to The Loadstar that the company had chartered some ships to move containers from China to the US west coast, but declined to disclose details of the vessels.

In July, CIMC chartered the 1,700 teu Mount Nicholson for $85,000 a day for six months, and vessel-tracking data shows the vessel has just joined the queue of ships outside Los Angeles, after leaving Shanghai on 3 September.

Recently, a few NVOCCs have chartered ships to guarantee space for shippers amid tight supply for capacity and containers and Drewry’s senior manager (container research), Simon Heaney, told The Loadstar the NVOCCs need not be concerned by mainline operators possibly retaliating for chartering ships.

He said, “A number of big carriers are also looking to muscle in on NVOCC territory, so I don’t think they can be overly upset. Assuming the market stays on course, carriers will be getting very big increases in contract rates next year anyway, so they needn’t worry.”

But Mr Heaney added: “I can’t see non-carriers sticking around when rates regress to more normal levels. There are no certainties and plenty of risks in the container shipping world.

“Our baseline forecast is that container trade will continue to grow strongly over the next six months and beyond, but a completely unpredictable large-scale outbreak of the virus in any major manufacturing location, for example, could see the market slow to a crawl. Then charterers would be in serious peril as they have locked into some very pricey contracts over longer periods.”

Chinese domestic carrier Antong back in business and buying containers

The fractious relationship between ocean carriers and their freight forwarder and NVOCC customers is seen ...

China Merchants Energy Shipping (CMES) said on Friday it would enter the container segment by ...

There was a further slight softening of container spot rates from Asia to the US ...