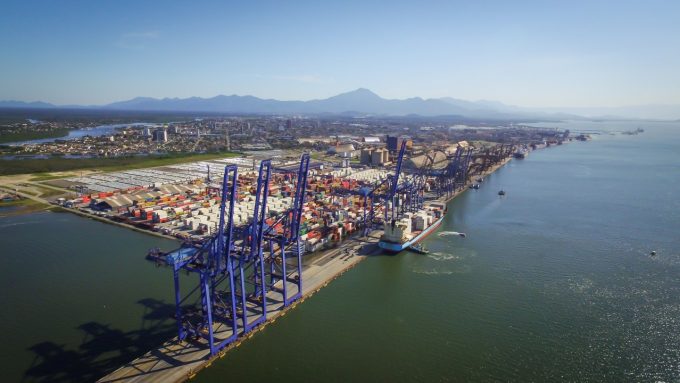 CMPort, the port-operating subsidiary of state-owned China Merchants Holdings has made its first investment in Latin America, announcing this morning that it is to buy a 90% stake in the Brazilian joint-venture that operates the container facilities in the port of Paranagua.

The shareholders of TCP Participações (TCP) – 50% owned by Advent International and 50% by a consortium comprising Galigrain, Grup Maritim TCB (now part of APM Terminals), Pattac, Soifer and TUC Participações Portuárias – this morning announced the signing of a binding agreement whereby CMPort will acquire 90% of TCP’s shares for approximately R$2.9bn ($925m).

TCP manages the Terminal de Contêineres de Paranaguá, one of the largest container terminals in South America, and logistics company TCP Log. Under the terms of the deal, Advent, Galigrain and TCB will sell their shares in TCP, while Pattac, Soifer and TUC will together retain a 10% stake in the company.

The deal remains subject to regulatory approval, including from Brazil’s antitrust authority, but is expected to be completed by the end of 2017.

The facility has a capacity of 1.5m teu but an expansion project to take that up to 2.4m teu is underway, due to be completed in 2019. It represented a hugely attractive asset for the acquisition-hungry CMPort, according to Neil Davidson, senior analyst of the ports and terminals sector at Drewry Maritime Advisors.

“TCP is an attractive asset. It’s very profitable, with an EBITDA margin in excess of 60%, and it has a strong market in gateway traffic, including specialised reefer traffic. There is competition from neighbouring ports up and down the coast but also has a significant degree of captive traffic.

“It’s also got significant scope to grow, because the capacity is already in place and that’s a bonus in Brazil where it can be hard to get permissions to expand.”

Drewry estimates that the terminal handled around 740,000 teu in 2016, which means it has significant room to grow, given current capacity of 1.5m teu.

“Given the high profitability of the business, its scale and its potential for growth, it was always going to be a substantial price tag, but the EV/EBITDA multiple will I think be largely in line with most recent M&A deals,” Mr Davidson added.

CMPort managing director Bai Jingtao said: “China Merchants Port has rapidly expanded its overseas presence and understands that the entry into Latin America, especially Brazil, is crucial for the global expansion of its terminal network.

“TCP is not only China Merchants’ cornerstone to enter Brazil, but also the future hub of the rising commodity and goods trade flow between Brazil and China.

“China Merchants Port will also leverage its international port operation experience and local connectivity to help TCP continue its success story as one of the leading ports in Brazil and Latin America.”

In its recent Annual Review of Global Container Terminal Operators, authored by Mr Davidson, Drewry notes that the big investment trend is that “the Chinese are coming”, and he said today that other Latin American firms were likely to find themselves on Chinese operators’ radar.

“I’m sure Latin America will be a focus area for expansion by Chinese players – Brazil has to be high on the list given its scale, but may be some of the privately owned groups like Ultramar and SAAM Puertos will attract the attention of Chinese investors. Also, Central America should be kept in mind – for example the very large greenfield terminal in Colon backed by Chinese investors,” he explained.

The deal will also see APM Terminals exit the port, although given that its stake, through its TCB acquisition, was limited to just 5%, it was more a financial interest than strategic and TCP’s throughput was not separately reported in APM Terminals’ latest figures.