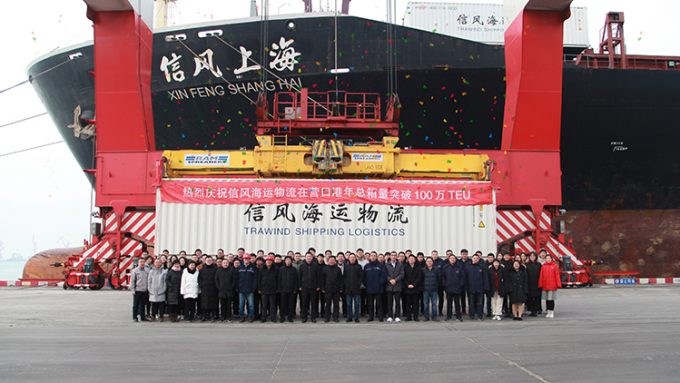 It has ordered two 4,600 teu ships at Yangzijiang Shipbuilding, at $40m each, to be delivered in the first quarter of 2025.

Trawind said it would either operate the vessels itself or charter them to other operators.

Trawind owns just under 20 small and mid-sized boxships and general cargo vessels. The majority are chartered out, but three, offering 7,350 teu, are operated by the carrier itself, ranking it as the 85th-largest liner operator.

The two vessels ordered at Yangzijiang are Trawind’s second newbuilding commission, its other vessels were all purchased second-hand. It will take delivery of its first newbuilding, the 4,500 teu Xin Hui Hai, from New Dayang Shipbuilding in December.

Founded and controlled by Cui Lijun in 1998, the Trawind group began with the establishment of Dalian Trawind Shipping Agency, which provided services to foreign vessels in Chinese ports. The group later diversified into ship owning, operating and chartering.