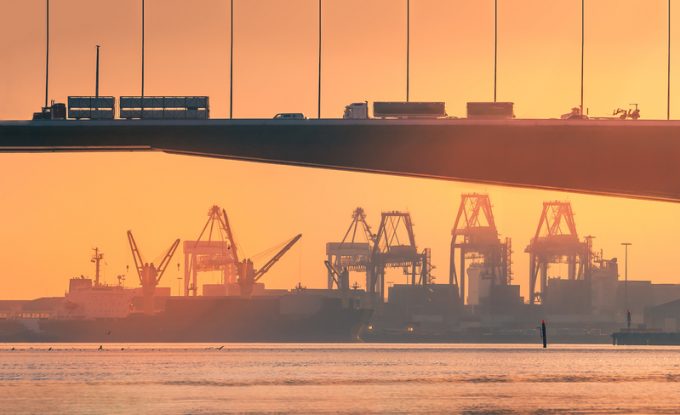 Shipping lines tightening their grip on the container supply chain could result in many independent forwarders “disappearing”, it was claimed this week.

The latest warning of carriers’ market dominance comes from the International Forwarders & Customs Brokers Association of Australia (IFCBAA), which says their control over sea freight capacity will squeeze out forwarders on the land side.

Stuart McFarlane, air & sea freight forwarding manager at the IFCBAA, said carriers were prioritising the sea freight bookings of forwarder customers that agreed to use their land-based logistics services.

“Previously, such services would generally be arranged by forwarders that own and operate road haulage vehicles or sub-contract to logistics providers of their choice.”

Indeed, The Loadstar has reported claims that shipping lines in Australia were using such a priority booking tactic to gain access to forwarders’ customer data to do business with shippers directly – a claim denied by both Hapag-Lloyd and Hamburg Süd.

Nevertheless, Mr McFarlane claimed this vertical integration business strategy pursued by some of the biggest shipping lines was placing them in direct competition with independent and SME forwarders for landside logistics, warehousing and customs clearance services.

He said: “Currently, carriers have unprecedented market power and are uniquely positioned to leverage the demand for access to sea freight capacity to control pricing of land-based services. Carriers also generally own or lease the containers required to access the ocean carriage service.

“The concern of IFCBAA and its membership is that the way in which the carrier market is using its substantial market power could result in freight forwarders being unable to compete.”

And without independent forwarders, there would be a “substantial lessening” of competition in the market, with shippers left to rely on a small pool of global players.

“Effectively, many forwarders may disappear, and the relevant forwarding and logistics services will only be available to Australian shippers and receivers as ‘tied-in services’ available through carriers’ affiliated entities and a small number of multinational forwarders,” Mr McFarlane added.

The IFCBAA says this carrier behaviour may contravene Australia’s competition and consumer act, and has called on its members to provide evidence to the competition commission.

The development is the latest in a long list of gripes against shipping lines since the pandemic began and container shipping demand started to outstrip supply, leaving many shippers and forwarders accusing their vendors of “price gouging”, even as service levels plummeted.

For their part, shipping lines have been quick to lay the blame on the high levels of global port congestion.