News / Carriers 'feasting' on rates boom, oblivious to supply chain chaos around them 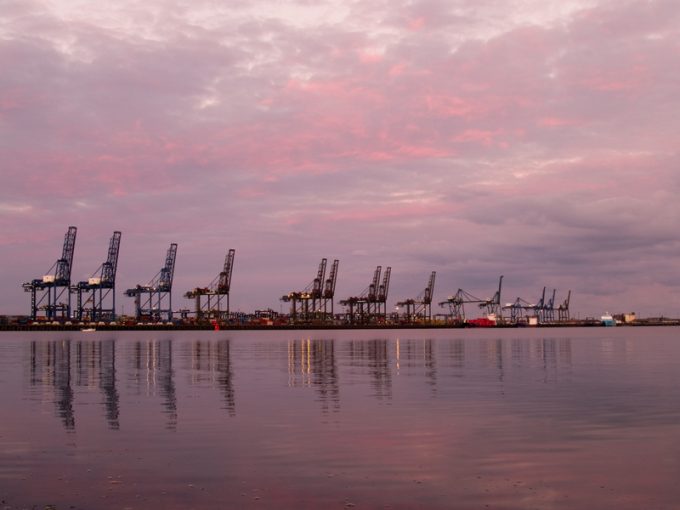 Sky-high freight rates and poor service levels from ocean carriers could be the norm until early 2023, according to a customer update from a leading UK forwarder.

Moreover, the forwarder is critical of the apparent disregard shown by carriers to the supply chain crisis, alleging they prefer to “feast” on the current elevated rates and are “blasé” about the fate of their customers.

JAG UFS International, with its logistics HQ in the UK near Heathrow Airport, warned there would be “no light at the end of the tunnel” for shippers until the new ULCVs ordered by carriers are launched and more capacity comes onstream.

CEO Gary Wilcox told The Loadstar today a newsletter had been sent to clients after a series of “depressing” meetings with carriers.

It reflects the current thinking of the container lines that the UK business in particular “is just not attractive enough for them”, despite rates from Asia that are now north of $16,000 per 40ft, he said.

Mr Wilcox said the reason one major carrier was reducing its commitment to the UK was the imbalance of trade, with a ratio of four import containers for just one export, he had been told.

Indeed, UK ports are the first to be omitted on an ad-hoc basis when carriers want to reboot their networks and it is known that some of the Asia-North Europe alliance lines are in favour of the UK being served permanently via feeder relays from Antwerp or Rotterdam.

Mr Wilcox was scathing about the lack of empathy shown by carriers to the crisis faced by UK importers.

“The industry is currently experiencing the highest rate levels ever, matched by the worst service from shipping lines,” he said. “There is very little regard from the carriers to the impact on not only the forwarders and their clients, but we are now seeing the ripple effects, with increased prices on the high street and online, coupled with evident shortages of products that everyone normally takes for granted.”

Mr Wilcox accused the shipping lines of being “short-sighted and blasé” about the impact their pricing policies were causing for industry.

“Many businesses that rely on importing their products have or are considering halting their import operations as rates remain at their highest recorded level,” he said. “The industry is screaming for stability, with a more sustainable rate where shipping lines can make money – but not, at the same time, price their clients out of an already competitive market.

“They are damaging the very companies that have provided their lifeblood for so many years,” said Mr Wilcox.

But, he said, the carriers were refusing to acknowledge previous support or show loyalty to their shippers, preferring to operate in a “feast or famine mindset” and currently “enjoying their largest feast ever”.