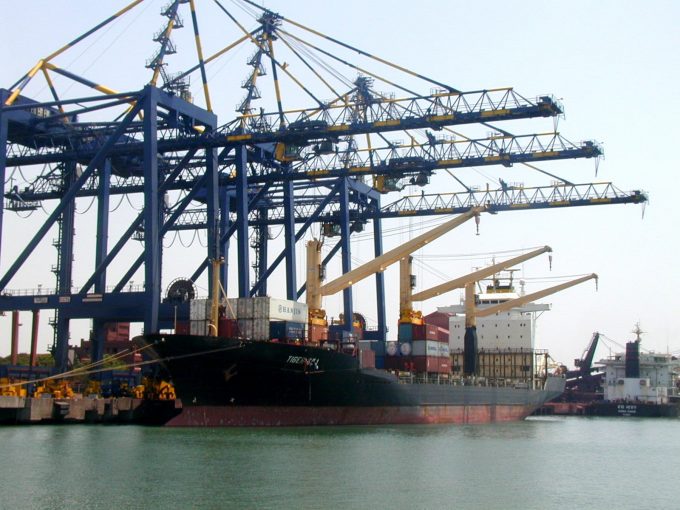 Attempting to mitigate transhipment challenges in Sri Lanka, cargo flows through India’s southern Chennai region have been hit by a regional truck strike.

Local sources said about 4,000 trailer vehicles handling local container freight station (CFS) cargo at the ports of Chennai, Ennore (Kamarajar) and Kattupalli have been off the road since Monday.

The Trailer Owners’ Association is pressing for a substantial “long overdue” hike in haulage rates, justifiable in the wake of rising fuel prices and other cost hikes.

“We have asked for an 80% increase in the current rate levels, but there is no positive response,” one transporter told The Loadstar, from the National Association of Container Freight Stations (NACFS), the umbrella body of about 35 CFSs in the region.

However, CFS owner sources claim Chennai trailer charges are already higher than at other port locations, notably Nhava Sheva (JNPT). According to them, a 20ft box local/CFS move in Nhava Sheva costs the cargo owner about Rs2,500 ($32), versus Rs3,400 at Chennai.

“Rates cannot be revised arbitrarily at our level,” a Chennai-based CFS operator said. “Cargo is moved under shipper-carrier contracts.”

A shipping line agent in Chennai said the disruption had already cut into cargo lifts for ships at berth or waiting to call at the three ports, and noted that the impact would increase if the strike was not called off soon.

“A lot of time-bound containers could miss scheduled sailings and cause import boxes to pile up on the docks if stakeholders do not swiftly find a solution to the impasse,” the agent added.

The Container Shipping Lines Association (CSLA) has also voiced concerns. Sunil Vaswani, executive director of CSLA, told The Loadstar: “Container movements from the CFSs to the port, and also of factory-stuffed containers into the ports of Chennai, Kattupali and Ennore, have been impacted.

“However, talks are ongoing between the transporters and the concerned stakeholders and, hopefully, the matter should be resolved soon.”

Indeed, stakeholders were expected to hold another round of negotiations today, to try to reach an agreement.

Much of India’s east coast cargo is traditionally transhipped via Colombo or other South Asia hub ports. The truck disruption comes as mainliners are increasingly seeking alternative ports to Colombo, which has been caught up in multiple operational hiccups because of economic problems plaguing the island nation.

There will also be some disruption in Bangladesh, where lorries, trucks and vans have been banned from the country’s highways for seven days to ease congestion for people going home for Eid ul Azha. Between 7 and 13 July, it is expected that some 28,000 teu will pile up at ports and depots as a result. Containers will also be stuck at factories, which will remain shut during the holiday week.

Ships will continue to load and unload, however.