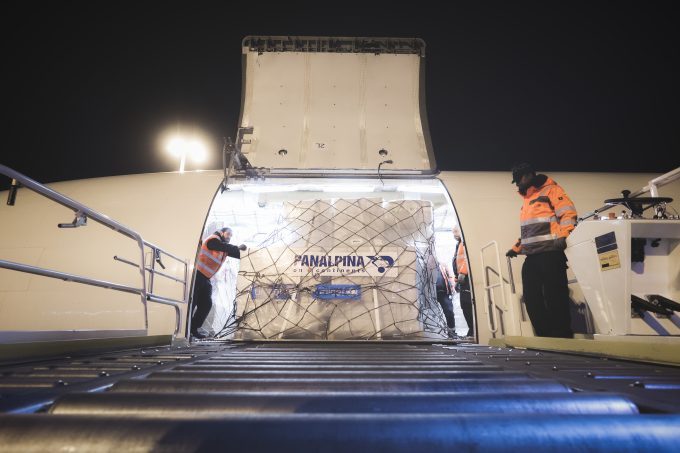 All eyes are on Panalpina for a different reason today.

Its main attraction for potential acquirers is its air freight abilities and while its reportedly croaky IT system has been much mentioned recently, today it announced the launch of an innovative tech platform for air charters.

Panalpina’s charter network is unique among forwarders, and now customers can access daily information on flights and availability via its new site, aircharter.panalpina.com.

Lucas Kuehner, global head of air freight, said: “Especially during seasons with high and ad-hoc demand, or in case of emergencies, customers can rely on the charter tool.

“The semi-annual re-tendering of our subcontractors and respective framework agreements keep the charter network up to date and agile. We are the only freight forwarder that can offer this type of network and the charter tool provides easy access to it.”

The new platform allows customers to choose origin and destination airports and pick-up and delivery dates. They can add information on weight and height of cargo and request an offer.

However, of some 15 or so (regular) flight combinations, weights and heights put into the tool by The Loadstar, only two yielded results, and both were for destinations on Panalpina’s 747-8F existing schedule, indicating that there may some improvements required to make it a more useful option for customers. Nevertheless, it is an easy-to-use tool.

Panalpina leases its 747-8F with Atlas Air and also charters either whole aircraft or arranges part-charters on both a scheduled and ad hoc basis. With a hub alongside Cargolux at Luxembourg’s Findel Airport, it also works closely with the all-cargo airline.

Panalpina, whose charter network handles some 15% of its air freight, claims to organise some 1,500 charters a year – although some in the industry think this year will see fewer booked by forwarders in advance – which if true, could in fact boost Panalpina’s new offering.

“Last year there were a lot of forwarder pre-booked year-round charter programmes, at least 10-15 747s a week, both to Europe and the US. My prediction is that this will go down substantially.”

With forwarders opting for more ad hoc arrangements this year, in anticipation that the market rates and demand, won’t reach the giddy highs they did in 2017, Panalpina’s charter network may come into its own.