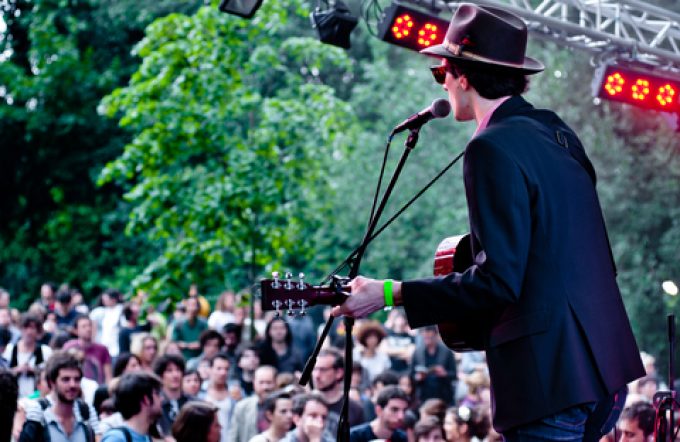 “It’s all been a bit of a perfect storm, as live music has returned to a completely different operating environment,” Ben Cash, of Flare Lighting, told The Loadstar.

“When tickets were booked there hadn’t been a pandemic, but returning in this post-pandemic, post-Brexit world, concert logistics is contending with staff shortages, extra costs and honouring ticket prices that did not factor-in any of this.”

Among the new costs is a requirement for carnets when moving goods by truck, which can be up to £5,000 each, and the associated difficulties of making mistakes in paperwork.

Mr Cash and music consultant Roel Vergauwen, who specialises in supporting Belgian groups touring abroad, have concerns that the costs and complexity will lead to smaller acts from the UK turning down European tours, and vice versa.

One group told The Loadstar that despite popularity in Spain and Italy, they had elected to tour South America instead, as they were less concerned by the complexity of touring there.

Reports suggest the European Union offered to maintain the status quo for touring acts from the UK, if there was a reciprocal approach, but it has been alleged the UK refused this offer.

Mr Vergauwen told The Loadstar: “Traditionally, the music sector has been dominated by the UK and US markets, so this will have a big impact on European acts.

“But adding to all this is a total lack of clarity in the rules, which take a lot of time to work out; and when you submit carnets and documents, you get the distinct impression customs officials have also not been properly advised.”

He named one major act that made a slight error in its carnet was forced to postpone some dates and cancel others, and noted that customs officials had also made errors.

George Jameson, transport manager for Christie Lites – which specialises in lighting and stage set-ups – said larger acts and music touring firms would have their own logistics departments, but even they were needing to overcome difficulties.

Mr Jameson said when equipment needed to be maintained or consumables replenished, one had to be able to move quickly to provide support to the tour. He explained: “Previously, if equipment needed exchanging, you’d have just sent it by DHL or put it in a dedicated van transport to the next venue or crew hotel.

“But now you need a legal entity to import a support package into Europe, and tours do not have that unless the local promoter is willing to allow use of its legal entity – this is often rejected.

“In one instance, we had someone fly out with a package, which meant £500 for a plane ticket rather than the £50 it would have cost to send by courier, and this is the sort of thing that was just not accounted for when negotiating the Brexit deal.”

Mr Cash said the expense and confusion had reached such a level that it was becoming “unmanageable”, particularly when the industry is 40% understaffed.

For UK acts looking to break Europe, the situation remains an unknown, but in Belgium there have been efforts to tackle the difficulties – and the 24-48 hours it takes to complete a carnet – with the Brexit Adjustment Reserve that compensates tour logistics for the hassles involved.

Mr Vergauwen welcomes this, but wants to see it expanded across Europe and extended beyond its June 2023 deadline.