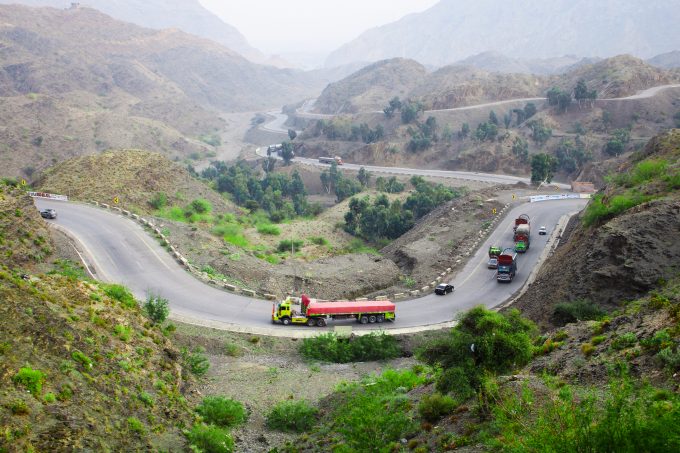 Cross-border trading between Afghanistan and Pakistan, via the southwestern port of Karachi in Pakistan, has been brought to a virtual standstill as both the Taliban and Pakistani authorities delay traffic.

As if conflict, border controls and burgeoning freight rates were not enough to drive Afghan forwarders and shippers to the wall, they are now having to deal with seemingly intransigent shipping lines insistent on collecting soaring detention & demurrage (D&D) charges.

Since the Taliban takeover of Afghanistan in August, the border crossings at Chaman and Torkham, leading to the population centres of Kandahar, Lashkar Gah and Kabul, were closed for two weeks.

Border closures have led to a huge backlog of freight heading into Afghanistan and empties trying to find a way out, with both the Taliban and Pakistani border patrols delaying movements. At a pace of less than one container truck an hour, the D&D charges are beginning to mount up.

One forwarder, who preferred to remain anonymous, told The Loadstar: “I have many containers on both sides of the border and the detention charges are growing; one consignment has charges of more than $50,000.”

The forwarder added that he also had empty containers waiting at the border to be returned to the lines.

“First we were hit with Covid and now this,” he said. “Most traders, perhaps 99% that I speak to, are in deep trouble, the central bank is closed, the Taliban Government is recognised by nobody, the financial situation is very bad.”

Ruefully, he said: “There is no humanitarian element to shipping.”

The Loadstar has seen numerous bills of lading from OOCL, COSCO and Yang Ming, for relatively low-value goods such as textiles, for which D&D charges are being demanded, but the traders say they are unable to pay.

“We have written to the shipping lines asking for help, but all the lines have denied us, only OOCL offered a 10-20% discount on a few containers,” a second forwarder said.

In a letter, seen by The Loadstar, Abdul Quada, an importer in Kandahar, wrote on 1 September to Yang Ming Line: “Due to the law-and-order situation in Afghanistan the Pakistan Government announced the border gates have been closed for any kind of transportation, so it takes too much time to clear the cargo.”

Mr Qadar went on to explain that this situation prevailed on both sides, leaving containers stranded for the time being, and he therefore asked for a waiver of the D&D fees or at least a 70% reduction.

A similar letter to OOCL, also seen by The Loadstar, was also rebuffed by the shipping line.

According to the freight forwarders, some 80% of all Afghan business has now stopped, with many traders on the verge of bankruptcy.

Mohammed Tahir a freight forwarder handling goods to Afghanistan, but based in Pakistan, said his business was in “its last stages of operations”. He said if the company cannot get the shipping lines to help, “then in a month or two we will be bankrupt.”

That is the fate that awaits many of the shippers and traders to Afghanistan unless the shipping lines can find a “humanitarian” element to their business.