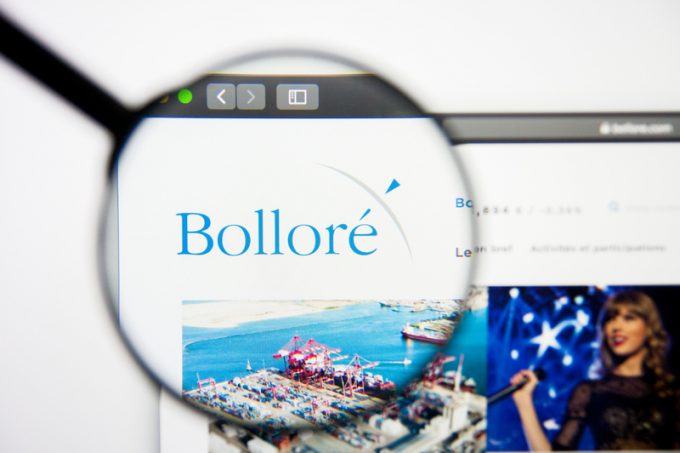 Revenue from its Transportation and Logistics business increased by 47% organically on the same period last year, to just over €2.36bn ($2.5bn).

It said the result was due primarily to “spectacular growth” in its forwarding business, which accounted for more than €1.73bn (+62%) of the total, “driven by the increase in freight rates in all areas, as well as the increase in air traffic volumes, which benefited in particular from strong growth among some of its customers”.

Revenue from Bolloré Africa Logistics, which has been sold to MSC Group for €5.7bn, was up 16% to €627m, thanks to a positive performance by its port terminals, notably in the Congo, Ivory Coast, Gabon and Sierra Leone. There was also a pick-up in the division’s logistics and handling activities in Africa, which had been penalised by the health crisis at the beginning of 2021.

However, while Bolloré Logistics turned in a very strong first three months of 2022. In its latest air and ocean freight market report, Claude Picciotto, the company’s director, airfreight procurement, and Anne-Sophie Fribourg, director of business development, ocean, warned of continued volatility, with a lasting recovery in jeopardy again, due to war in Ukraine and Covid-19 outbreaks sweeping across China.

“About 20,000 containers remain on the water between Asia and Russia, blocking equipment that is already scarce. As a result of the unrest, shipowners declared an end to services, suspending shipping to and from Russia. Goods already in transit were disembarked in Mediterranean ports, such as Constanza, Istanbul, Messina and Rotterdam.

“Because rail freight has been put on hold between Asia and Europe, due to the war, and with airlines taking routes which are longer and more costly in terms fuel, there will be a significant modal shift to maritime shipping.”

Ms Fribourg also highlighted “significant congestion” in Northern Europe ports known for transhipment, like Bremerhaven and Hamburg, owing to delays in the clearance of goods by customs authorities, subsequently causing an increase in insurance premiums.

She added: “As negotiations with US west coast dockers are set to begin in May, shipping lines have already begun diverting goods to the east coast ports, leading to congestion there.

“Despite shipping lines’ plans to inject around 2.4m teu into the global market between 2023 and 2024, sea freight capacity will remain tight ,as the new capacity is expected to be quickly re-absorbed following the new IMO 2023 regulation, that targets vessel efficiency and carbon intensity, which will take effect on 1 January 2023.

“The issue of sea freight capacity is expected to remain for a long time, as shipping lines aim to reduce their greenhouse gas emissions and carbon emissions by 50% and 70%, respectively, by 2050. This means the global fleet will be revised, in terms of design and consumption of CO2, and some vessels will be removed from service for re-fitting. There is no telling when the market situation will ease.”

“Even though carriers are able to fly to PVG, the acute shortage of labour makes it impossible to offload cargo. Customs clearance in secondary airports and trucking to China is possible, albeit not suitable to certain customers’ needs.”

Noting the impact of the war in Ukraine on air freight, he said: “AirBridgeCargo has been banned from operating in many countries, leading to, roughly, a 15% loss of global freight capacity in a market that has already shrunk by more than 50%. With Russian airspace closed, airlines are now taking an alternate southern route – via Turkey – which takes two to four hours longer, raising fuel costs.”