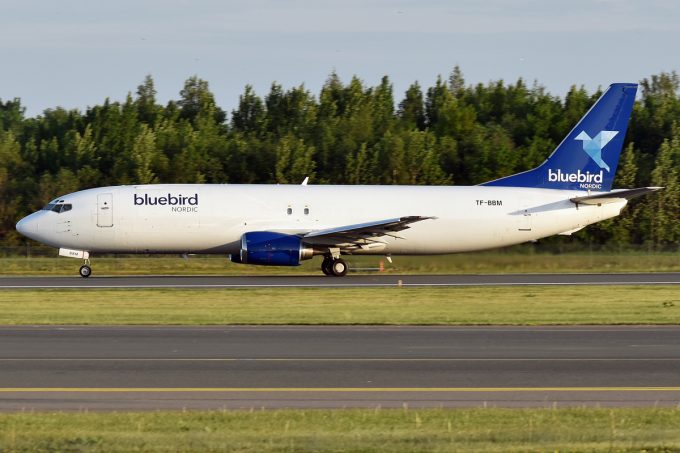 Lithuania’s Avia Solutions Group (ASG) seems to be fast becoming something of a behind-the-scenes behemoth in the aviation industry.

ASG is not deploying a scattergun, or randomised approach to its purchases. According to its executives, it has a carefully thought-out strategy to “ensure it a global presence”, with each business doing what it can to support the others; it’s a family, they say.

Managers have, in fact, just returned from a three-day extravaganza in Vilnius for the annual leaders’ meeting. Neil Dursely, CCO of Chapman Freeborn summed it up: “We heard from all group CEOs on their record-breaking performance in 2022 and the overall exciting plans for 2023 and beyond.

“We are rapidly expanding on a global basis, with now close to 10,000 employees, a rapidly growing fleet of both passenger and freighter aircraft and adding AOCs around the world to support our expanding customer portfolio.”

Companies acquired by ASG seem to have a newfound confidence – such as Bluebird Nordic, the Icelandic-based freighter operator and lessor it acquired in January 2020.

“The company was not dynamic until it was acquired by ASG,” CEO Audrone Keinyte told The Loadstar last month.

She is Lithuanian and joined Bluebird in April from Novaturas, the largest tour operator in the Baltics. But even before her appointment, ASG began to make moves at Bluebird: it announced plans to increase its 737-800 fleet from five to 25 aircraft by 2024 and moved into widebodies, announcing plans to lease three 777s in January, which it would operate first as preighters, and then convert in 2024.

These are, in the spirit of the ASG group of companies, to be leased from its own leasing arm, AviaAM, which said in October it would be the launch customer for Mammoth Freighters’ 777-300ERMF conversion programme, with an agreement for six.

None have yet arrived in the fleet, said Ms Keinyte. “The sanctions following Russia’s invasion of Ukraine have changed the timeframe, our lessor has faced delays because of it.” AviaAM, via a Chinese joint-venture, has some exposure to Aeroflot. 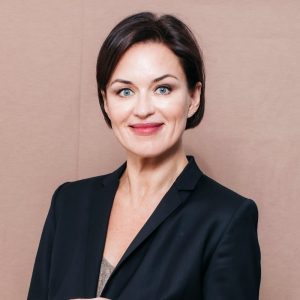 ASG’s grand strategy seems to be diversification, but with mutually supportive companies.

“Since ASG acquired Bluebird, the strategy has begun to change,” said Ms Keinyte. “We are seeing fleet expansions, we expanding to other regions and have sister companies in Turkey and Indonesia – there are a lot of strategic moves.”

But does it limit choices for individual companies, if they have to work with their group siblings?

“Whenever there is an opportunity, we prioritise each other, but each company is a separate entity, with its own goals, and strategies. Each company has got its own books – and there are more than 100 companies in the group. It means we can cover vertical services.”

“We have more channels, more information, and more strength. It gives us a stable position in the market. There are zero limitations in being part of the group. We are separate entities, with different suppliers and sales channels, so long as it is within the group’s procurement policy  – the group has strict rules in line with its principles. ASG just gives more opportunities and solutions, especially from a brokerage point of view.”

Bluebird’s particular attraction to ASG was its Icelandic AOC, said Ms Keinyte. “It has traffic rights which allow us to cover the Americas. The group has different AOCs in different regions, so we can offer worldwide capacity.”

Now, Bluebird has to contend with a rapidly increasing fleet size just as the market turns south.

“I am not worried. Yes, we’ve seen a drop in demand but it should be short term,” said Ms Keinyte. “It is coming, but there is still disruption, e-commerce is growing. Demand is about how capable you are at providing it. The opportunities are there, you just have to work out how much risk to take.

“Clients take the risk on ACMI, everything is handled by them. There are some routes where we take the risk, and sell BSAs to other clients.”

Bluebird has offered more charters than it used to, “and that intensified during the pandemic, as there was more demand”. Ad hoc charters now account for 5% to 10% of its business, but its aircraft are, for the most part, already fully deployed with clients.

“With our extra capacity, we might offer more charters – we will have to make strategic and commercial decisions.”

The fleet will have 18 to 20 aircraft by the end of next year. It is eyeing opportunities in Latin America, from a base in Miami, “which we are discussing with clients”. Ms Keinyte said Africa too could be promising, “but it’s complicated, we’d have to work on that a bit more”.

For now, Ms Keinyte is enjoying her first foray into cargo – although she reckons it is more limited than tourism, more regulated and has fewer players.

“Air cargo is slower and more conservative,” she said. “But there is so much to learn as a newcomer. In tourism you sell emotion, in cargo you sell space.”

It seems likely she will eventually do both: cargo is a first step for her.

“I’d like to stay in aviation – maybe passengers next,” she admitted.

Amazon Air shopping spree could give a boost to freighter conversions

Amazon Air has joined the scramble for freighter capacity and, with its bottomless pockets, looks ...

Wings Onboard is signing up a local partner in Brazil, part of a push to ...