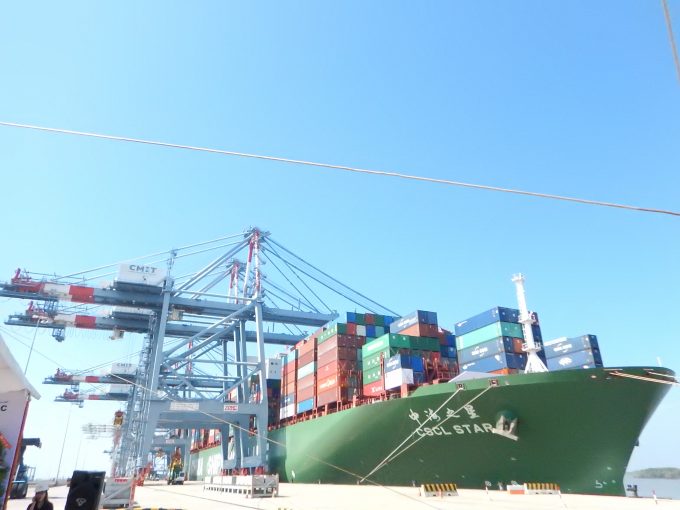 Last week Vietnam celebrated the 40th anniversary of the end of the war and the fall of Saigon, now officially known as Ho Chi Minh City (HCMC).

Four decades later, the country is a vastly different place to the one refugees fled by helicopter in 1975. Despite banners proudly displaying the hammer and sickle on nearly every street corner in downtown HCMC, it is now capitalism that the Vietnamese have truly embraced. Branches of McDonald’s, Burger King and KFC can be found a short walk from the site of last week’s military parade.

And it’s not just fast-food chains setting up shop in Vietnam – money is flowing in from multiple industries after a prolonged economic slowdown. The ANZ bank is forecasting economic growth of 6.5% for 2015 and 2016, prompting some commentators to brand Vietnam as Asia’s newest Tiger economy.

For example, agriculture is being replaced by labour-intensive manufacturing, with production once centred in China shifting to Vietnam as wages and costs rise in China. Tech-giants Apple, Samsung, LG and Microsoft are all increasing production.

“Vietnam’s manufacturing arena has been increasing in sophistication and evolving continuously. Whereas garments and footwear were the main industries, now electronics have also become very important. Vietnam is now home to many top global brands in mobile phone and hi-tech chipset manufacturing.”

And shifting manufacturing trends and a growing economy will provide new opportunities for ports, shipping and logistics. However, challenges with Vietnam’s container ports – in particular the severe overcapacity experienced at the seven deepsea terminals built at Cai Mep Thi Vai – are well documented.

Located in the south in close proximity to HCMC’s 7m population, the first Cai Mep terminal opened in 2009, with 4.5 million teu of terminal capacity subsequently added in less than four years.

While acknowledging current utilisation levels at Cai Mep are as low as 35%, Mr Hambleton remains optimistic about the outlook for Vietnam’s economy, whic,h combined with external forces at play within the container shipping industry, ought to mean a bright future for the port.

“You’ve got Nike; you’ve got Adidas; you’ve got some of the big manufacturers. And you’ve got a country that is developing. We believe there are some good policies coming out of the government that will assist the industry, and you’ve basically got a wealthier consumer market,” Mr Hambleton told The Loadstar.

Meanwhile, as mega-ships continue to roll out from shipyards, vessel cascading could be the ultimate saviour for Cai Mep. Mr Hambleton believes eventually a tipping point will be reached, where it will no longer be economical for shipping lines to tranship HCMC’s non intra-Asia cargo.

“There is approximately 4m teu going in and out of the city terminals of HCMC. Half of that throughput is intra-Asia and is likely to continue to be transported on smaller intra-Asia vessels.

“But you also have 2m teu going to the rest of the world. Whether that’s America or Europe or the Middle East or the Med or the Black Sea, that cargo is currently being fed down into Singapore, Port Klang and the other hubs – some even into Hong Kong. That is 2m teu being transhipped by feeders and creating additional costs,” he said.

However, that tipping point has yet to be reached. Shippers continue to prefer the smaller terminals located within HCMC itself, with some citing the inland transport costs required to reach Cai Mep (60km south of HCMC) as an obstacle.

For example, although Thai feeder operator Regional Container Lines (RCL) has considered using Cai Mep, its vice-president, Charlie Chu, explained it was too soon for his customers to make the switch.

“We have looked at Cai Mep on various occasions, but our customers have responded that they are not ready to use Cai Mep terminals at this stage, with costs and infrastructure challenges as key hurdles,” he said.

However, the power to dictate port calls may soon shift from shippers to the shipping lines. With the influx of larger vessels on the major deepsea east-west tradelanes, it is likely to be only a matter of time before carriers have no choice but to utilise bigger vessels for Vietnam’s container supply chains and switch to the deepsea terminals at Cai Mep – a trend seen not just in Vietnam, but throughout the industry.

Mr Hambleton explained: “There’s a growing argument that you won’t only have mega-hubs like Shanghai, Hong Kong, Singapore, Rotterdam, and Algeciras, but there will also be an important role for regional hubs.

“The question remains as to how best utilise the 200-plus 12-14,000 teu vessels that are going to be cascaded from the Far East-Europe trade. So we [CMIT] will be positioning ourselves in that regional hub market.

“The hub-and-spoke concept is becoming increasingly important in Vietnam, whereby the terminal will switch from being the spoke to becoming the hub, for not only the domestic Vietnamese cargo but also for regional international cargo from Thailand, Cambodia, Philippines and maybe Indonesia as well.

“The mega-hubs are going to focus on the 20,000 teu ships. We are not. Those vessels are not our target. But a regional hub? Now there’s a strong story.”