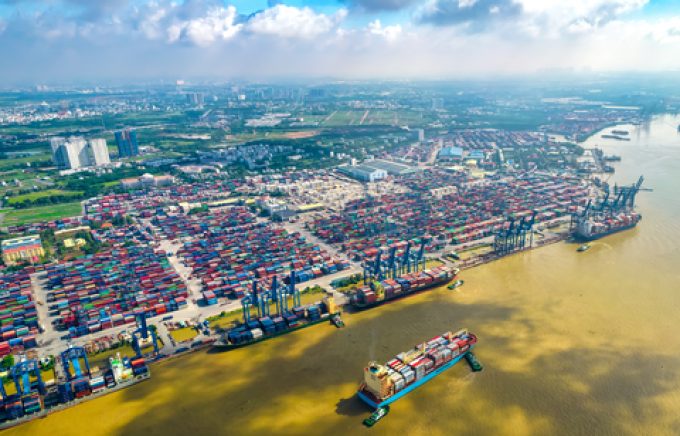 According to local media, MSC-owned Terminal Investment Ltd (TIL) has signed an agreement with Ho Chi Minh City to build a $6bn port in Can Gio, a district on the city’s outskirts.

The proposed facility would have a 7.2km wharf, annual capacity of 15m teu and be capable of handling 24,000 teu containerships.

Can Gio Port is expected to handle up to 80% transhipment and 20% gateway cargo, some reports suggest, with the project’s backers apparently eyeing Singapore’s success.

MSC is partnering with Vietnam National Shipping Lines and Saigon Port to build the terminal, with the first phase of construction earmarked to begin in 2024.

Vietnam’s container throughput has seen record growth in recent years, alongside the country’s export boom and success in attracting manufacturing away from China.

National throughput increased by 7% last year, to 24m teu, despite Covid’s drag on the economy, with volumes largely split between the ports of Cat Lai in Ho Chi Minh City (HCMC) (pictured above), Cai Mep in neighbouring Ba Ria-Vung Tau province and Hai Phong in the north.

While container growth has been strong, question marks remain over the need for an additional deepwater port next to HCMC, given the recent success and planned expansion at Cai Mep, where both Maersk and CMA CGM have terminal investments.

Linerlytica analyst HJ Tan told The Loadstar: “The big issue with this project [Can Gio] is that it is located on the wrong side of the Thi Vai river, with no road access, and several major bridges will need to be built. It is unlikely to meet the target launch date in 2028, and there is poor economic justification to build a new terminal at Can Gio.”