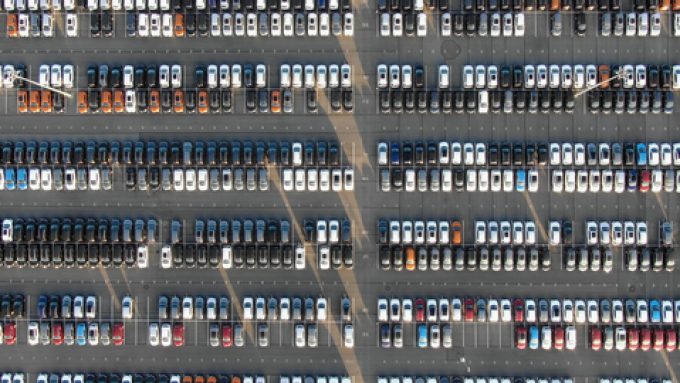 Automotive logistics players have warned that their “very existence” is under threat from the shortage of microchips.

With inventories nearly at zero, factories closing without notice and a significant drop in volumes, LSPs are facing a crisis, according to the Association of European Vehicle Logistics (ECG).

Lack of visibility into manufacturing has become a serious problem, it added.

“The industry has never been so unpredictable, and planning has become impossible with supply chain visibility in vehicle manufacturing almost non-existent in the lower tiers. A consequence is an almost total absence of meaningful volume forecasts to logistics operators.”

The ECG also berated the lack of support during the microchip shortage.

“Unbelievably, the global shortage of microchips is now causing an even more disastrous crisis. While governments worldwide supported industries through the pandemic, this new crisis is hitting the sector even harder, and it not only lacks government support but company reserves have been eroded or destroyed over the last 18 months as the sector has lost an estimated €4.5bn in turnover.”

The ECG called for the automotive industry to step in to support their logistics suppliers, suggesting several measures including the suspension of bonus malus (rewards – or penalties) performance measures, postponing tenders until there is more market stability, sharing production schedules in real-time and reviewing lead times and shipping frequencies.

Wolfgang Göbel, ECG president, said: “Components are manufactured worldwide and delivered to the automotive industry via global supply chains involving highly complex planning. The problem is not the lack of planning competence of the companies, but the fact that other industries are competing for the semiconductor products and global demand exceeds supply for the foreseeable future.

“As a result, the finished vehicle industry is seeing huge variations in volumes at very short notice, making capacity planning almost impossible. The problems are not so much in the logistics chains, but mainly in the production lead times and also a bit in the classic bullwhip effect.”

The suggestions were welcomed by one automotive logistics supplier.

“They are all good ideas and positive steps – although most OEMs and tier 1 automotive suppliers have already adopted this approach.

“No one is working to rates that are held, or implementing any penalties for KPI failures. A reasonable and pragmatic approach prevails. But it has to, as no one will do anything for a loss in the market now, regardless of their scale of organisation. They will just walk away. Collaboration and reality will achieve much more with a softer approach.”

Mr Göbel agreed collaboration was critical, adding: “Long-term contracts with our customers narrow the operational planning scope for us. We need more accurate information for planning certainty to ensure our efficiency and avoid significant additional costs that are not offset by customers. Our member companies are happy to deliver, but the industry must also let them.”

The ECG added that the industry was also undergoing “astonishing” levels of change with the move to electric vehicles, pressure to decarbonise, as well as new sales and distribution models from manufacturers.

“In short, almost every aspect of the finished vehicle industry will change. If the industry is not supported and protected from the impact of the short-term crisis, such long-term investments will prove impossible,” noted ECG.

Gartner automotive sector analyst Pedro Pacheco said it was likely the industry would become politicised, as large economic blocs such as the US and EU would try to prevent microchip shortages in the future.

“But it won’t come to fruition overnight,” he told CNBC. “It could take four years or so.”

Adding that the global competition for resources could be “a potentially dangerous situation,” he said that being able to deliver the most advanced technology in a cost-competitive manner would be “do or die”.