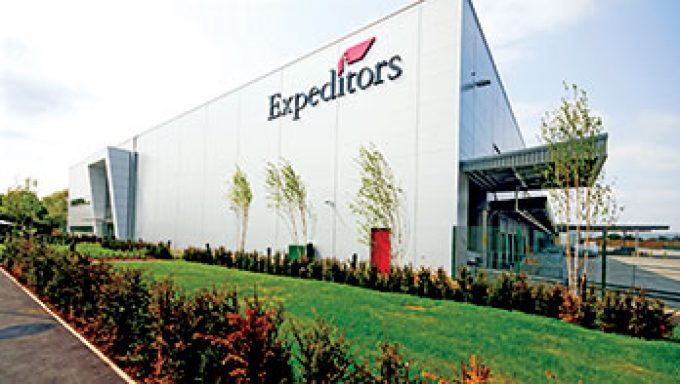 The US-headquartered company may have wrapped up a record year, but solid financials may not be enough to dissolve disquiet about its future.

“As the board knows, its performance on the stock exchange last year was barely acceptable, and we are neither thrilled nor excited about its prospects,” a key shareholder told me this week.

In short, I gather that investors want action and more capital appreciation given the lowly yield its shares offer.

A cash-rich travel agent for freight with an enterprise value of $8.2bn, Expeditors is a lean machine. Its business mix has proved resilient in recent times, despite the fact that it has changed little since the end of 2014.

Its full-year revenue split is presented in the table below.

“This 3PL is solid, and its financial strength gives it plenty of flexibility,” so it should exploit it, my source noted – adding “that its strategy is only partly paying off” when it comes to value.

Expeditors has decided to build rather than chasing inorganic growth via acquisitions, but there remains a possibility that in doing so its market value will erode further. One obvious question now is whether it has any realistic options at its disposal to deliver shareholder value.

I think a touch of financial engineering could serve the purpose.

A banking source in Chicago argued this week that one large 3PL in the US would “soon surprise the market with a benchmark deal”, but declined to elaborate further. I don’t know if that is true, but I do know that Expeditors is not the only name that springs to mind – both as an acquirer and a target.

I essentially ruled out a takeover at the end of 2014, and even though a management buyout backed by private equity might be worth the risk, it would remain a difficult deal to pull off in this market. More recently, I included Expeditors in our Dark Horses List: it’s high on my radar because I expected it to deliver a strong financial performance in 2015, although one that would have not pushed up its stock price.

In the wake, its recent performance on the stock market has been subdued, along with those of its rivals. “I wonder whether Expeditors is throwing millions out of the window and if they have thought through their capital structure” to maximise shareholder returns, my source concluded.

“In 2015, we paid out more than $135m in dividends and repurchased nearly $360m in stock,” Musser said in the fourth-quarter results released last week. (You can find our initial coverage here)

Its dividend per share, which grew 12.5% year-on-year based on a marginally lower share count in 2015, would have risen 9%, even if Expeditors had not shrunk the total number of shares outstanding. That signals strength – dividend growth comes on the back of a 25% growth in diluted earnings.

But financial discipline, which is at the heart of its strategy, could also be a drag on its shares.

Buybacks, meanwhile, did little to boost confidence, and perhaps could make a difference only if Expeditors was quicker to buy back a larger number of shares. However, it is also fair to argue that it did not waste almost half a billion dollars of shareholders’ funds in buybacks and dividends, and may have been right to be cautious.

Its stock performance reads: +1.5% in 2015; it paid $0.42 in dividends per share, which implies a trailing yield of about 1.6%, so the all-in pre-tax return it offered was double that of the S&P 500 last year – although EXPD trailed the Nasdaq, where its shares are listed, by about seven percentage points.

Many institutional investors have their names on the shareholder register, and will hardly be pleased with the run in its shares after a couple of turbulent years that led to the departure of Peter Rose, the man who built the firm.

In spite of strong net revenues and earnings in 2015, Expeditors remains on a list comprising some of the more cyclical US businesses that have delivered the worst total returns to shareholders over the last five years.

A recurrent rumour in financial circles is that Warren Buffett’s Berkshire Hathaway is looking to strike a deal in the transport industry, and will do so this year or next. Mr Buffett showed its interest in the sector when he acquired rail operator Burlington Northern Santa Fe (BNSF), valuing the target’s enterprise at about $35bn in 2010.

Even assuming a rich 50% premium to its current market cap, Expeditors would be just a bolt-on deal for Mr Buffett at over $12bn.

When asked about the possible sale of his firm to Buffett one year after the star investor had acquired BNSF, Mr Rose explained that Expeditors was not for sale.

“Never has been, never will be, least of all to Warren Buffett,” Rose added. “We would eschew the offer.”

“I do not like him… he has never had a job, he just buys things.”

The intention to invest in organic growth rather than in acquisitions – the returns associated to the latter could be more volatile in this uncertain market, given the wild fluctuations in freight rates – also shows in the growth rate of its staff, which was 5% in 2015.

One interesting element is that Expeditors reports sizeable operating income in North and South Asia, but there it invests much less capital than in its core domestic market.

However, its margins in Asia are lower than more mature markets, which is why I believe it could consider financial engineering, which would see the group being broken up into two entities – one (the parent company) offering a higher yield, and another (the spun-off entity, which could include emerging market assets) offering a steeper growth rate and hence a valuation premium on the market.

Its stock currently trades at a discount compared with historic multiples, so any attempt at releasing value by divvying up the firm could entail a partial spin-out of its Asian assets, which amount to 48% and 44% of group revenue and operating profit, respectively.

Expeditors would retain control of the spun-off entity, at least initially, and Asian assets could be run independently once listed in Hong Kong, which regained its pride as a key capital markets hub in 2015 after a few years in the doldrums. Of course, acquisitions in Asia should not be ruled out over the next 12 months if the right opportunity emerges, but that would mean management performing a decisive strategic U-turn.

What is certain is that Expeditors’ corporate strategy could be a leading indicator for the entire third-party logistics industry, unless 3PL rival CH Robinson steals its thunder.

Elsewhere, JB Hunt is another player with the financial wherewithal to engineer some kind of deal, but is also investing to chase organic growth. Finally, a bolt-on deal could be Echo Global Logistics – which my banking sources believe is a more obvious target in the region of $1.5bn, which would cover an enterprise value of $900m as well as a premium.

On the wires: Record Mærsk a reality as pandemic boost lingers

Kicking the fillip down the road. Again