News / An improved first quarter for HMM this year, but rising costs still the challenge 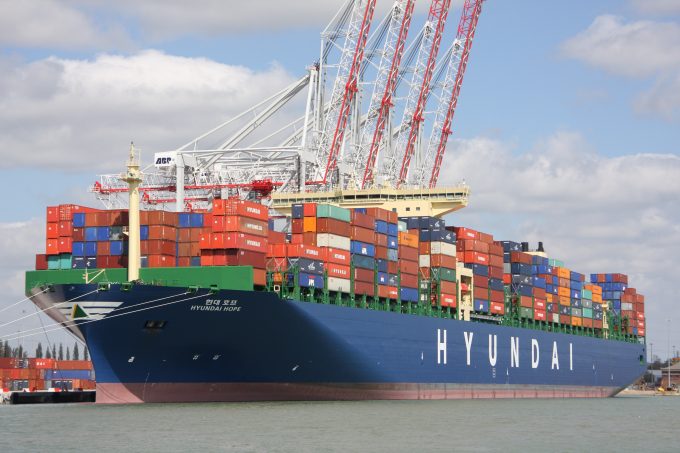 South Korean carrier Hyundai Merchant Marine today reported an 18% year-on-year increase in first-quarter revenues on the back of an 11% increase in volumes,  but recorded a loss.

But this compares with a KRW170.1bn loss in the same period last year.

The carrier said the increased revenues and volumes had been offset by rising fuel prices, up 13.4% year on year to $423 per tonne, and predicted that bunker costs would continue to be a challenging theme for the remainder of the year.

It said: “Liners’ burden of high fuel costs is expected to increase due to the US sanctions against Iran, OPEC agreeing to cut oil production and increased demand of low-sulphur fuel oil in preparation for IMO 2020. HMM put its efforts into collecting the bunker surcharge to recover the higher fuel prices.”

And it added that freight rates had also come under pressure during the first quarter.

“During the traditional slack season in the first quarter, freight rate has taken a downward turn resulting from volume decrease after the Chinese new year holiday as well as intensified competition in the Asia-North America tradelane.

“The continuous US-China trade conflict is also one of key factors to obstruct the recovery of the market situation,” it said, and a spokesperson added that the carrier would focus on its long-term shippers and higher-paying cargo.

“Given rising demand during peak season, both freight rate and container volumes are highly likely to increase in the second and third quarters,” it said.

Notwithstanding a significant decline in container liftings as a consequence of the global pandemic, ocean ...

Maersk this morning updated its forecast for the second quarter, which indicated that world container ...

Containership charter market starts on the long road to recovery

The impact of Covid-19 on the containership charter market has been significant with daily hire ...