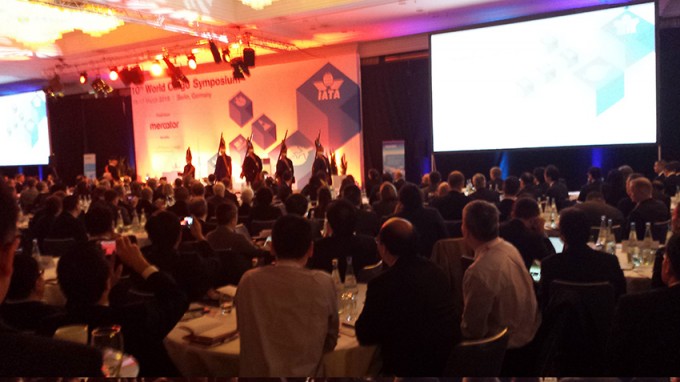 Major logistics customers could look to set up their own transportation if existing providers do not increase efficiencies and keep costs low, delegates heard yesterday at the World Cargo Symposium in Berlin.

With much of the talk centred on “the disrupter”, Amazon, which is starting its own air freight operation, Chris Welsh, head of the Global Shippers Forum, warned that ocean freight might also see customers taking control.

“Ocean freight as a business model is as close as you can get to ‘broken’,” he said. “It’s a unreliable supply chain, with skipped ports and delays.

“If you look at Amazon, you see a major customer doing it itself, and I can see that happening in ocean freight too.”

Peter Gerber, CEO of Lufthansa Cargo, agreed that the industry needed to improve to retain customers rather than have to face them as competitors.

“If Amazon has taken a step into this annoying, low-margin industry, there must be problems with it and they think they can do it better. You wouldn’t get into a low-margin business unless you were not satisfied. We need to work on this industry as a whole.”

Variously described as a “wake-up call” and a “red flag”, Amazon’s potential to disrupt the existing industry is seen as an opportunity for the air cargo industry to improve.

Steven Polmans, head of cargo at Brussels Airport, said: “The distance between us and e-commerce is huge.”

He warned that the industry must stop fighting internally for market share and look to improve standards as a whole.

“We should all give up 5% of our time to the industry to gain an extra 20% in business.”

But Denis Ilin, executive president of AirbridgeCargo, pointed out that, in fact, e-commerce involved commodities that used to be shipped by sea, but in the era of next day deliveries, the same pair of shoes is now flown.

“It’s just another method of distribution. And the integrators already did [what Amazon] has done. I don’t think it’s a threat, we just have to work out how a conventional airline can get into the chain.

“I see potential. We are creating new logistics which will require air and nothing else.”

“But there are great inefficiencies in air cargo. Load factors are low, the sheds are around the airport – the most expensive piece of real estate – I don’t think, rightly, that shippers are willing to pay for those inefficiencies.”

It seems that Amazon isn’t. Boeing’s regional director Tom Hoang noted that while Amazon’s revenues grew 30% a year, its logistics costs grew 33%. “So it needs to bring costs down. Bringing it in-house is one way to control that cost.

“We should be concerned about this in terms of where it will go – and who can say that it won’t begin to encroach on something else?”

The industry needed to stop reacting and start thinking ahead, delegates heard.

Mr Polmans said the air freight industry tended to rely on crises, such as the west coast port strikes or humanitarian emergencies. “And that’s our business plan,” he said.

Mr Ilin agreed that air cargo was “in a constant search for mini-crises. This is where we try to make our margin.”

As if on queue, the next session considered whether there would be any benefits to air freight from the July introduction of the SOLAS measure on container weight verification  – yet another potential one-off event that could see the air cargo industry fighting over scraps, instead of looking to improve its value proposition to customers.