News / Air freight rates on the up again, driven by more demand for less capacity 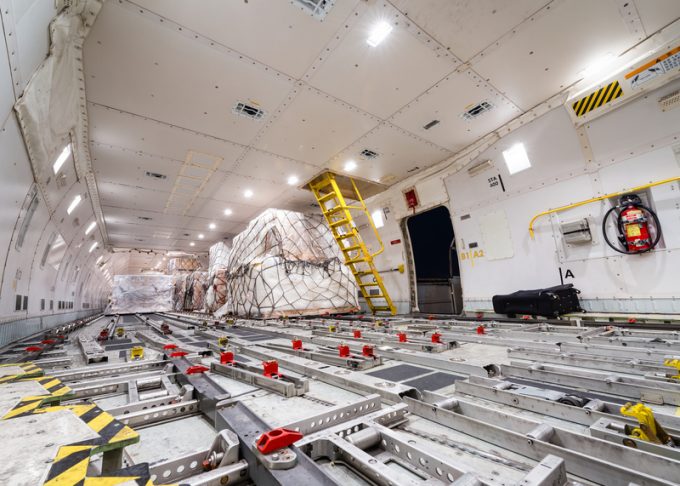 Forwarders are reporting that air freight rates are still on the rise, driven by demand from distressed sea freight, e-commerce, hi-tech launches and general retail.

Meanwhile, capacity for the two weeks up to 10 October remained 20% below the same time last year, albeit one percentage point higher than the previous two weeks.

Airlines rates have seen a $2 per kg rise in the past two weeks – and are still rising.

“China is busy all over – especially with the northern region of Shanghai upwards,” said one European forwarder.

“It’s not just e-commerce and tech launches, the general market is very busy with retailers replenishing for the lead-up to Christmas.

“There’s been a $2 increase over past two weeks and it’s climbing from China to Europe, and the transpacific is the same. November looks as though it will be incredibly busy as e-commerce begins to kick-in further. Rates will go higher, I am sure.”

Lee Alderman-Davis, global business and product development director for Ligentia, agreed. She said: “Rates from China continue to rise due to a number of factors, the Q4 peak, tech companies launching new products and the continued requirement to move PPE by air.

“Rates will continue to rise due to the increased demand and the lack of capacity as passenger flights show no sign of recovery. Market rates are likely to be in excess of $7 per kg this week, with further increases coming. To combat the capacity issues, Ligentia will operate customer-consolidated charter services.”

Ligentia is not the only forwarder offering charter services. Yesterday, DSV said it was putting more capacity into its network this week and would add New York, with part-charters twice a week from Belgium and another rotation on its Luxemburg-Huntsville route.

Mads Ravn, head of global air freight procurement at DSV, said: “Production is picking up across the transatlantic, and with belly capacity down by 50% year on year, we are again expanding our network to meet demand.”

“It’s kicking back in now, as prices are half the cost of some air freight rates in some markets,” said one forwarder, who noted that Myanmar’s extended lockdown had also boosted sea-air.

“You can’t get flights in or out of Yangon; freight is being taken through Bangkok by truck or ocean freight for sea-air through Singapore.”

The forwarder added that the air freight market situation was very similar to that on the seas.

Ocean carriers 'really kicking us while we are down', say forwarders

Ocean carriers are racking up massive profits from the unrelenting spiral of rate hikes and ...

Passenger aircraft are coming back into the market – in some regions – but capacity ...

“Hell on the high seas” has triggered a new rise in air freight rates after ...

Air freight has taken a step closer to the financial and derivatives market, after the ...

Container freight rates from Asia to Europe are going through the roof, mirroring the trend ...

Container spot rates continued to climb on the Asia-Europe trades this week on the back ...