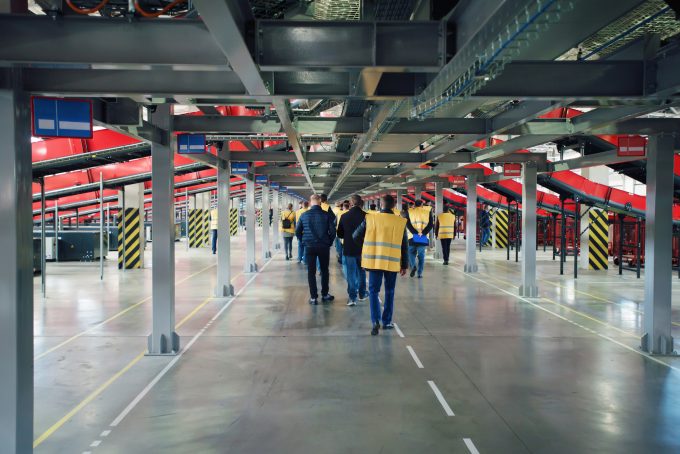 Apps have become kind of magic wands for companies to boost productivity, improve visibility and enhance customer service. However, many employee facing apps that are deployed in the logistics arena today fail to deliver their promise, according to mobile data solutions provider WorkMobile.

Global handling firm Swissport is in the process of upping its game with the deployment of a new mobile app in its cargo warehouses that simplifies administration and eliminates several manual processes. Developed by Champ Cargosystems, it allows the handler to record every step of the warehousing process, from acceptance over build-up to delivery. Through it cargo can be traced through timestamps with exact locations. In addition, the app features safety mechanisms to make sure that incompatible shipments, such as hazmat cargo, remain separate at all times.

Using the app, warehouse staff can monitor and steer the processes with real-time visibility. And it makes their work a lot easier, according to Swissport. Hendrik Leyssens, vice-president global operations – cargo, said that the user experience of the new tool far exceeds that of the previous equipment, adding that the app opens new doors and allows the company to deploy new tools.

“Our new cargo app enables us to take the digitalisation of our air cargo business to the next level,” he commented. “The improved visibility of every individual shipment will benefit airlines, forwarders and our own workers alike. Beyond that, this new way of working delivers a wealth of data, clearing the way for further optimisation and streamlining the cargo flow at Swissport warehouses.”

The deployment of the new app kicked off in five locations. By the end of next year 76 stations in the company’s global network should be equipped with the new app, Mr Leyssens said.

He reported that the new app has been well received by Swissport’s warehouse staff. Many app deployments fare less well with the people who have to use them. A study published by WorkMobile indicates that most employee-facing mobile apps in the logistics sector have been met with criticism from employees. It found that 75% of CIOs surveyed had received complaints from staff about apps.

The survey shows a litany of grievances. More than one-third of CIOs (38%) heard that apps were not updated frequently enough, 25% reported complaints that apps were not sufficiently tailored to employees’ needs and roles, and 21% had registered poor user experience. Nearly one fifth (18%) reported that employees found it difficult to navigate their apps.

In addition, employees found that apps were not working in areas of low or no connectivity. CIOs also received complaints about apps being only available on company-owned devices.

The authors of the WorkMobile report identified budget constraints as a major reason for poor employee satisfaction with apps. 38% of CIOs found it difficult to develop apps within budgets, and 34% reported that they had been under intense pressure to adhere to restrictive budget limits.

Financial straitjackets affect both in-house app development and commercial solutions. The study found that 38% of CIOs had run into cost problems with off-the-shelf implementations. The authors commented that off-the-shelf solutions may not quite fit requirements, while in-house development is time-consuming, costly and requires specialist expertise.

That last aspect appears to be lacking in many cases. According to another study that WorkMobile published last December, half of the logistics companies surveyed were not able to devise their own apps. About half of the IT teams in the sector were overstretched and didn’t have time or capacity to develop apps, while 38% lacked the requisite coding skills and expertise. Of those IT teams that had the necessary skills, 67% experienced problems. WorkMobile reported.

Poor user experience, difficulties to navigate apps and complaints that solutions were not sufficiently tailored to employees’ needs and roles also suggest that apps were developed with too little involvement of future users in the process.

Swissport is mindful of the importance of employee involvement in the app development. The company always runs very pragmatic pilots and engages front line workers throughout, starting in the development phase, Mr Leyssens said.

Apps look set to play an ever-larger role in logistics facilities. Efficiency and visibility aside, Rory Fidler, vice-president cargo technology at Menzies Aviation, is looking to apps with regard to front line workers’ well being. He is examining the possibility of using smart phones to monitor health and well being of staff. To him, this is part of Menzies drive for sustainability.

“A big warehouse is a fairly unforgiving place,” he said.