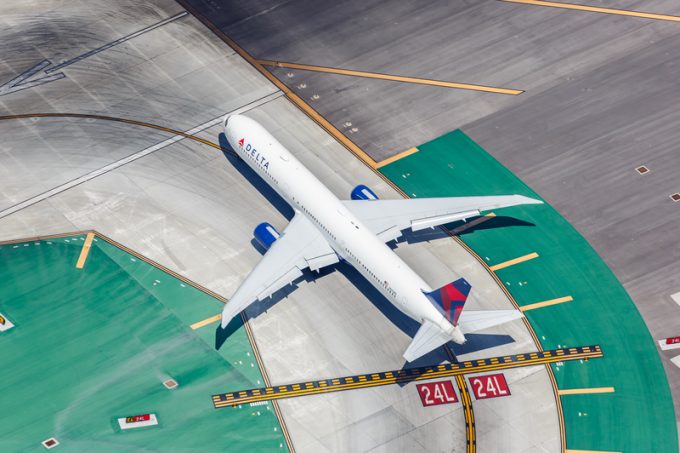 Air freight volumes are on the rise – but forwarders remain concerned about capacity and airport congestion. 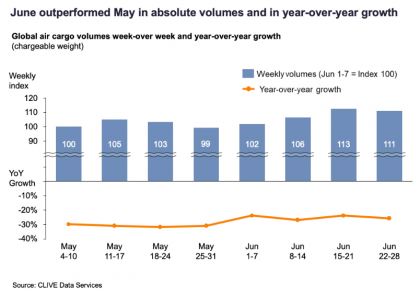 While global volumes are still 25% lower than in 2019, June improved on May, when year-on-year figures showed volumes 31% down on a year earlier.

Capacity last month broadly stayed flat, but was beginning to creep up in the last fortnight by some 1.5% a week. The dynamic load factor, which calculates both the volume and weight of cargo flown, was at 71% in June, its highest since Clive began analysing the data in 2018.

“As governments around the world acted to protect their societies, they became unlikely price-insensitive customers of international air cargo capacity for urgent supplies of PPE,” explained Mr van de Wouw.

“While our data for May and now June has shown month-on-month improvements, and airlines have been reporting peak weeks and months for cargo, the big question has been ‘what happens when PPE volumes dry up?’. Now the noise of PPE is starting to fade, we can see where the industry is really at – and we do see an improvement. 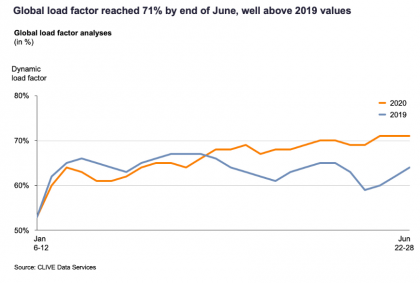 “Our June analyses seem to suggest the first steps towards a structural market recovery.

“We are starting to see a more recognisable airfreight market following more logical economic principles and more logical rates. The dynamic loadfactor in June was at a level we did not see even during normal peak Christmas periods, resulting in yields that are still well above the 2019 levels,” he said.

High load factors are causing concern for forwarders, however.

“We are monitoring this situation closely, as this could impact the overall supply and demand situation (due to missing belly capacity), and the time it will take to return to a more regular situation will take longer.”

However, he added, on the Far East westbound trade, “we continue to see large volumes of PPE-shipments, but overall the situation is starting to relax. As PPE volumes start to decrease the market is opening up a little in the major ports”.

Congestion remains a problem, with one forwarder reporting delays at Liege and across other European airports, while major hubs in the US are struggling to process cargo.

Delta Cargo this week banned all freight, except from Heathrow and Frankfurt, going through Chicago O’ Hare, which has seen major congestion problems, resulting, according to some sources, in lost cargo.

Delta told customers freight would be stored in the warehouse and processed after operations had restarted, but storage fees have been waived from 29 June  until further notice.

Mr Wystrach said that, on Far East westbound routes, “businesses [are] remaining flexible, and using smaller origin airports is helping the overall situation as well. However, congestion in transit airports is still putting some pressure on transit times, but this should start to improve as early as next week.”

Flexport said it was seeing business pick up and is getting more spot requests for transatlantic routes.

“At the same time, carriers are slowly expanding their flight schedules again. But with both situations happening in parallel, the capacity situation still remains tight,” he said.

Mr van de Wouw said that normally there would be an influx of belly capacity in July for the summer holiday season, but it is not there at the moment.

“The next test will be how an influx of ‘normal’ passenger flights, which are not driven by cargo demand, will impact the dynamic load factor,” he added.