News / Air cargo market ponders another good year, but are things slowing down? 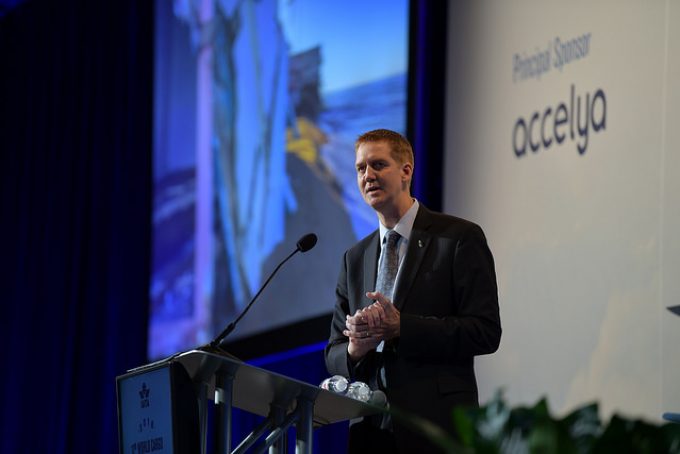 A strong 2017 has left the air freight market considering the likelihood of another good year – and whether to invest.

Despite some potential risks, overall, the signs are good, delegates  heard at the World Cargo Symposium in Dallas last week.

“Business confidence is a good leading indicator of GDP growth,” said Brian Pearce, chief economist for IATA. He noted it was rising in both advanced economies as well as emerging economies.

However, he added, another useful indicator – the survey on export orders – had shown a slowdown in the pace of orders.

“It is still strong, but not as strong as it was last year.”

And Mr Pearce said low interest rates and a slowdown in freight tonne km (FTKs) were also signs that the current cycle was coming to an end.

“The big double-figure growth rates are probably behind us.”

Mr Pearce was also concerned by the length of the current economic cycle.

“We have had nine or 10 good years – a long time since the last downturn. This is the third-longest cycle we have lived through,” he added. “Are we approaching the end of it?

He explained that economic cycles could typically end with a surge in inflation.

However, he said:“At the moment, there are no signs of that. There is no reason for the banks to hike interest rates dramatically. There is a risk that tax reforms in the US could cause the economy to overheat, but it might also encourage more business investment.”

He added that a further risk was that central banks were ending the economic stimulus they had been providing, and that there remained a debt issue across the world.

But his major concern, he said was a troubling issue on the horizon.

“What worries me most is broader trade protectionism. So far, it has been soft protectionism, but now it is more vocal. It is a worrying time for free trade.”

While he acknowledged that the threat of tariffs on steel and aluminium would not have much direct effect on air cargo, he said it was “reflective of a broader issue”.

Brian Clancy, managing director of Logistics Capital & Strategy, was more upbeat, however. He pointed to a buoyant economy in the US and high employment numbers, and added: “Trump is all about making sure people have jobs. The current rhetoric is nothing more than negotiations, making a deal.

‘There is a tremendous amount of hyperbole and media rhetoric. Follow what Trump does, not what he says.”

And Mr Pearce ended on a similarly upbeat note. “Looking ahead is incredibly difficult,” he concluded. “There are a lot of scenarios around possible risks.

“The IMF is in a positive mood about trade and the global economy, and is seeing pretty strong growth continuing. It is expecting to see trade growing in relation to GDP. With no accidents, the next five years should be stronger than the last.”

Jim Butler, senior vice president international and cargo for American Airlines, urged the industry to use the better economy to invest.

“The growth that has been driven by increased volumes is great. But even more encouraging is that the improvement in the global economy is driving a better revenue picture.

“That allows sustained investment across the industry, as customers continue to demand improved service performance, increased visibility of information and better connectivity.”