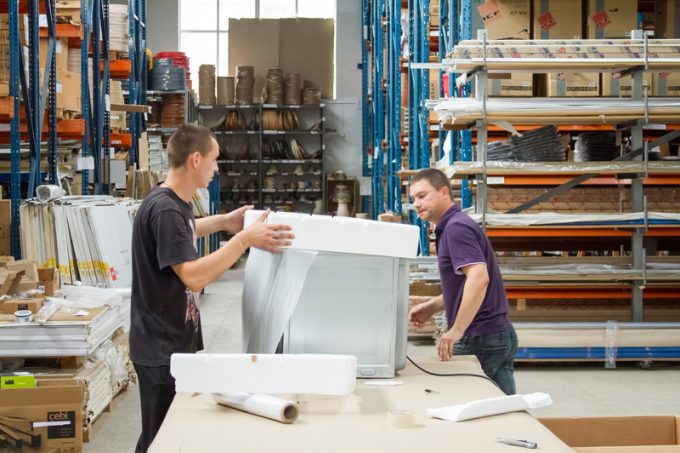 There are growing signs that the sky-high freight prices on the Asia-Europe trades may be beginning to structurally undermine it, as European importers begin to look for alternatives to sourcing from China.

Keith Gaskin, group commercial director of Seko Logistics in the UK, said: “I am seeing importers in the UK and Europe actively telling their merchandisers to look for near-shoring solutions, because the freight rates from Asia have reached such heights it is making their business untenable.

“If I was an importer, I wouldn’t want to be beholden to a shipping line, but that is what is happening right now.

While Mr Gaskin admitted that switching sourcing locations was not an overnight process, he added: “We are seeing Turkey as a new sourcing location for a lot of products, and it is growing exponentially. And there is other manufacturing capacity across eastern and central Europe, as well as parts of North Africa.

“Carriers have now realised they are in a position to control the market – by restricting capacity they can control the rates. But by taking this ultra-aggressive approach, I am worried that they are biting the hand that feeds them.

“The Chinese government is now concerned because it understands the country’s volumes as a sourcing location could be under threat if freight rates remain too high for much longer.”

And, although he said his “gut feeling is that rates are beginning to drop”, they still remain at levels that make it simply uneconomic to ship products, said Mr Gaskin.

“We have seen importers saying they cannot pay these freight rates because they will lose money. If you are shipper of, say, large white goods or furniture where relatively few units can fit in a box, those increases put hundreds of pounds on the cost of the product.

“And while the carriers may want to hold on to these high rates, their behaviour has meant that shippers are diversifying from the deepsea trades,” he said.

As UK importers have faced the steepest price increases on ex-China shipments, the same pressure is evident elsewhere in Europe.

Frederick Mercier, commercial director of French forwarder Mathez Freight, told The Loadstar: “Of course our customers are used to rates going up and down – but this is a lot; this can change shipping decisions.

“I have a customer who sells coffee machines and has decided to hold off on imports for now. He’s lucky, he doesn’t have a just-in-time business. But he said he would not be held hostage and would not import from China any more.

“Another customer is increasing rates on the spare parts he sells by 15%.

“If you import some low-value and big-volume commodities, like nappies, say, you are in an unsustainable business as the freight costs are through the roof,” he explained – although he predicted an eventual return to the status quo.

Mr Jensen compares the freight costs of two US shoe retailers: one selling high-value footwear at $100 per pair and the other low-value at $10 per pair; both source from China, with the added proviso that the high-value retailer was also a major shipper that had secured rates at the lower end of the spectrum, and the low-value, smaller retailer negotiated rates at the higher end of the spread.

He calculated that, whereas a year ago, the high-value retailer’s freight costs were 0.1%, and the low-value retailer 1.4%, of the retail price of their products, today they are 0.4% for the former, but for his low-end competitor, “they have ballooned to 6.1%”.

He added: “This will detract marginally from the profitability of the high-end retailer, but could render the low-end retailer unprofitable.

“And, importantly, the increase in the price spread is directly impacting competitiveness between shippers operating in the same sectors.”