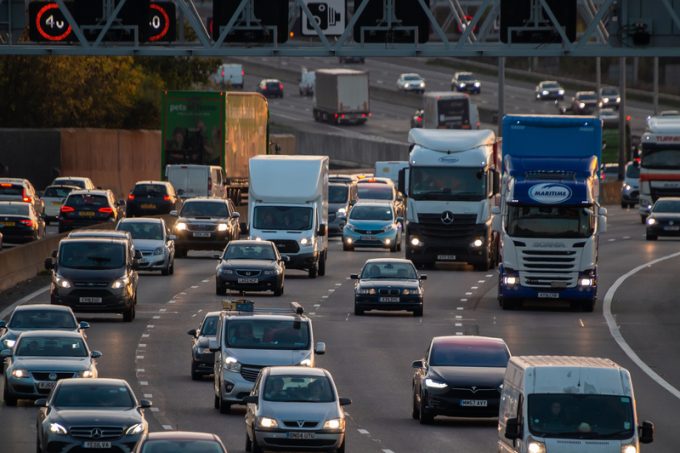 A new report from UK Major Ports Group (UKMPG) has established what most container truckers and their customers know from everyday experience: that vast amounts of time are lost due to road congestion.

A Strategic Freight Network for the UK report by industry consultant MDS Transmodal found that an astonishing 50,000 HGV hours a day are wasted, amounting to 19m a year.

And combined, road and rail congestion costs the UK’s economy some £539m every year.

In addition, capacity limitations in the rail network prevent some 3m tonnes a year of transferring to rail.

However, the report also found that much of the congestion that impacts UK hinterland supply chains could be relatively easily remedied, particularly if policy makers adopted a “freight-first” approach.

“Prioritising improvement on just 2.4% of England’s road network and key routes in Scotland and Wales, together with just seven out of around 1,000 major junctions on the rail network, would transform our freight network and unlock value to the UK economy which would by far outstrip the cost of investment,” it says, adding that such investment could “unlock” some £14,bn in economic value over a 60-year period.

Tim Morris, chief executive of UKMPG, said: “We have long suspected the significant impact that congestion in our freight network has on UK productivity, but this report exposes the major extent of this.

“And the potential identified is just in terms of freight industry value; the value to manufacturers, retailers and other industries for their own businesses will add substantial to this benefit. We need a new ‘freight first’ approach to ensure that Britain can live up to its true potential.

“Leaking money because of avoidable congestion is an own goal. As this report shows, some smart, targeted prioritisation could exponentially improve our freight network at this crucial moment for our country,” he added.