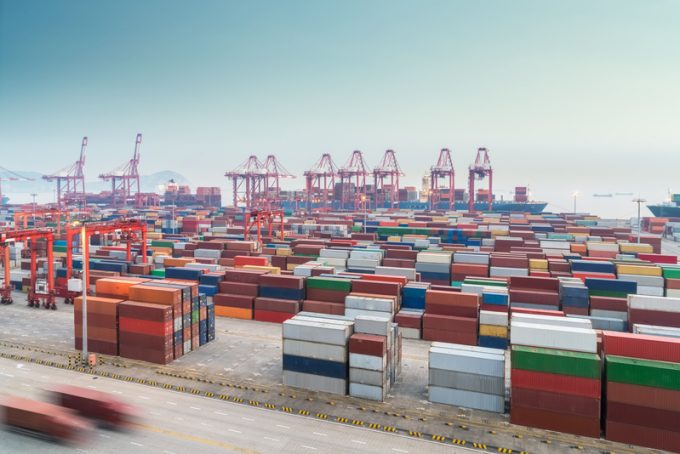 However, there is no change to the 2M strategy of suspending its AE2/Swan loop until October, suggesting that demand over the peak season remains weak.

According to consultant Alphaliner,  the 14,036 teu MSC Taranto is loading at Shanghai, Ningbo, Yantian, Singapore and Tanjung Pelepas for discharge at Rotterdam, Antwerp and Felixstowe.

“Maersk and MSC have decided to adopt a flexible approach to offer additional capacity in the summer months to cater for possible peak season volumes,” it said.

MSC has dubbed the ad hoc loop its Griffin service, while Maersk simply refers to it as “a sweeper”.

With the temporary withdrawal of the AE2/Swan loop, the 2M blanked an additional 13 sailings on the tradelane, removing an estimated 22% of its capacity.

Alphaliner said a second sailing of the Griffin/sweeper service was planned from Shanghai on 5 July, by the 13,568 teu Maersk Evora.

“However, the service will only sail if demand is gradually growing,” cautioned the carrier earlier this month.

Alphaliner noted that the 2M had also substituted a number of 13,500 teu ships on its AE6/Lion loop, deploying 18,000-plus teu ultra-large vessels, including the 23,656 teu MSC Mia.

Meanwhile, THE Alliance members Hapag-Lloyd, ONE, Yang Ming and HMM confirmed today they will continue the suspension of the Asia-North Europe FE4 loop through to October, “due to reduced demand”.

THEA also reiterated a previous advisory and confirmed that effective the sailing of the 20,170 teu MOL Triumph, which departed from North Europe last week, its FE2 loop will until further notice sail eastbound via the Cape of Good Hope.

Notwithstanding a 20% spike in the past month in the price of low-sulphur fuel to around $300 per ton, routing backhaul voyages of ULCVs via the Cape is still offering carriers up to $500,000 per voyage, saving on Suez Canal transit fees.

And were it not for pressure from large European importers, who complained about the environmental impact of the additional 1,000 nautical mile voyage, carriers would no doubt have routed more sailings via the Cape.

According to the latest data, the number of containerships using the Suez Canal slumped by over a third year on year in May to a new low of 330. Despite the Cape routing of some backhaul loops, much of the transit reduction can be attributed to aggressive carrier headhaul blanking, which removed 28% of the scheduled westbound sailings in May, according to eeSea data.

The data also shows that the 2M, THEA and Ocean Alliance have so far removed over 100 scheduled Asia-Europe sailings between May and September, including the temporary suspensions. However, rival Ocean Alliance partners, CMA CGM, Cosco (OOCL) and Evergreen have to date not opted to pull any loops.

A new report from Maritime Strategies International today concluded that “on nearly all tradelanes, the container industry appears to be ‘past the worst’ in terms of demand impact, with little evidence that liner companies are deviating from a course of swiftly and aggressively removing capacity where this is deemed appropriate”.

MSI Container market analyst Daniel Richards explained: “We see little reason to expect a notable decrease in freight rates in the near-term; the spike in transpacific spot rates is likely a temporary phenomenon, but along those lines it seems liner companies are more likely to under- than over-estimate volumes across different tradelanes.

”Market share-grabbing strategies by individual lines do remain a source of risk, but the evidence of the crisis so far suggests undercutting activity is not an attractive strategy.”