News / Yang Ming keen to expand its fleet, but remains cautious on newbuilds 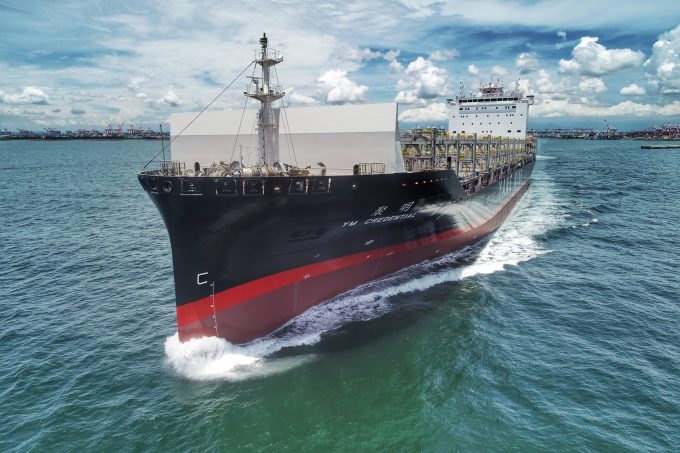 Yang Ming chairman Cheng Cheng-mount said that the company would “definitely order” newbuildings to maintain its position in THE Alliance, but pricing had to be considered.

Six 11,000 teu ships Shoei Kisen Kaisha is building for long-term charter to Yang Ming will be delivered by next year.

But former chairman Bronson Hsieh noted that Yang Ming was the only one of Taiwan’s four liner operators not to order any newbuildings recently, and the only one not to have any new vessels scheduled for delivery from 2023.

However, Mr Cheng said: “Yang Ming will definitely order newbuildings to maintain its position in THE Alliance. We not only have to consider our own fleet size and return on investment, but also our standing and decision-making rights in  the alliance.

“This said, while our financial health is now better, this isn’t enough. We must ensure that all our ships are fully employed and profitable.”

Record high freight rates are encouraging mainline operators to order newbuildings, especially ultra-large container vessels (ULCVs), but Yang Ming has yet to do so.

Mr Cheng said that, even with calls for shipping to cut carbon emissions, dual-fuelled ships were expensive, although he noted that Taiwan International Ports Corporation, which oversees the island’s ports, is planning to establish LNG refuelling facilities in some ports.

Mr Hsieh said “time will tell” whether Yang Ming, which is 33% owned by the government, was making a wise move, and recalled that during the last shipping upcycle, from 2007 to 2008, Taiwan’s largest liner operator, Evergreen, refrained from ordering newbuildings.

He said: “Evergreen was one of the few which didn’t order new ships, and when the full effects of the global financial crisis were felt in 2009, the company wasn’t saddled with heavy shipbuilding loans. When newbuild prices fell, Evergreen took the opportunity to order new ships at lower prices.”

Mr Cheng said he expected the container shipping market to remain rosy into 2023, adding: “Last year, our profit was attributed to our transpacific services. This year, due to severe congestion around the US west coast ports, the Asia-Europe services have been the biggest profit contributor.”

Alluding to Yang Ming’s string of losses before 2020, Mr Cheng said: “It wasn’t easy for us to get to an equal footing with other mainline operators, so our financial management must be prudent.”